Screening under the stars 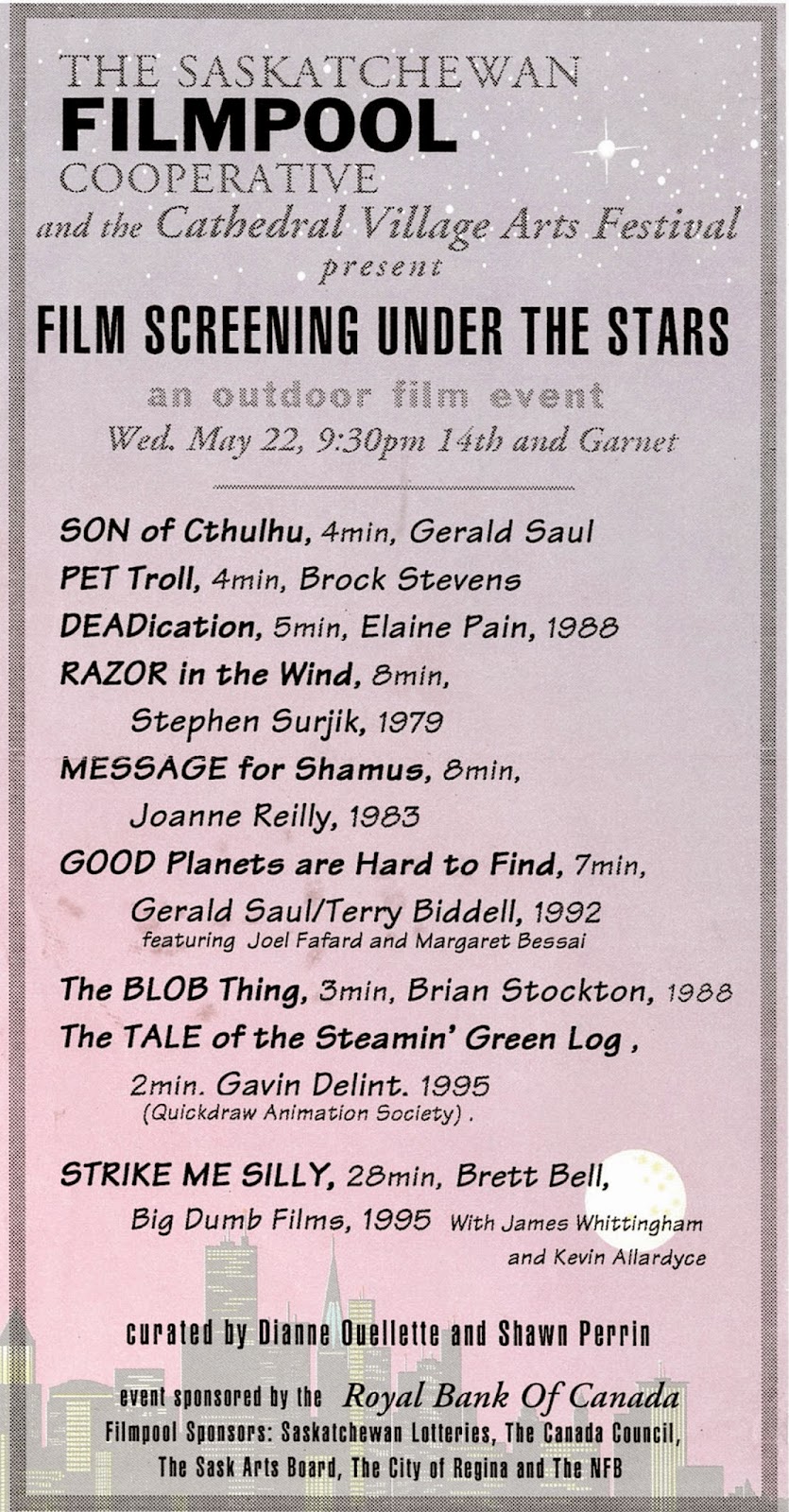 "Son of Cthulhu", curated by Dianne Ouellette and Shawn Perrin at the Cathedral Village Festival screening under the stars.
Posted by Gerald Saul at 2:35 PM No comments:

"...from Baroque to Contemporary" at the Toronto Heliconian Club

On an invitation from Margaret's aunt, one of the organizers behind the Ontario Goethe Society, we attended a very classy event at the Toronto Heliconian Club. There was nice wine and food and performances by Andreas Evers (Flute) and Stephan Schafer (guitar) of works by Bach, Schubert, Jolivet, Mozart, Kiesbauer, Albeniz, Joplin, and Bartok. Margaret's aunt, whom I had never met and Margaret had not seen in decades, did not attend. When we finally found someone from the Goethe Society, we were told that Margaret's aunt never attends events. We were completely under-dressed.
Posted by Gerald Saul at 11:56 PM No comments: