Paul-Gui Crepeau screening at the Artesian 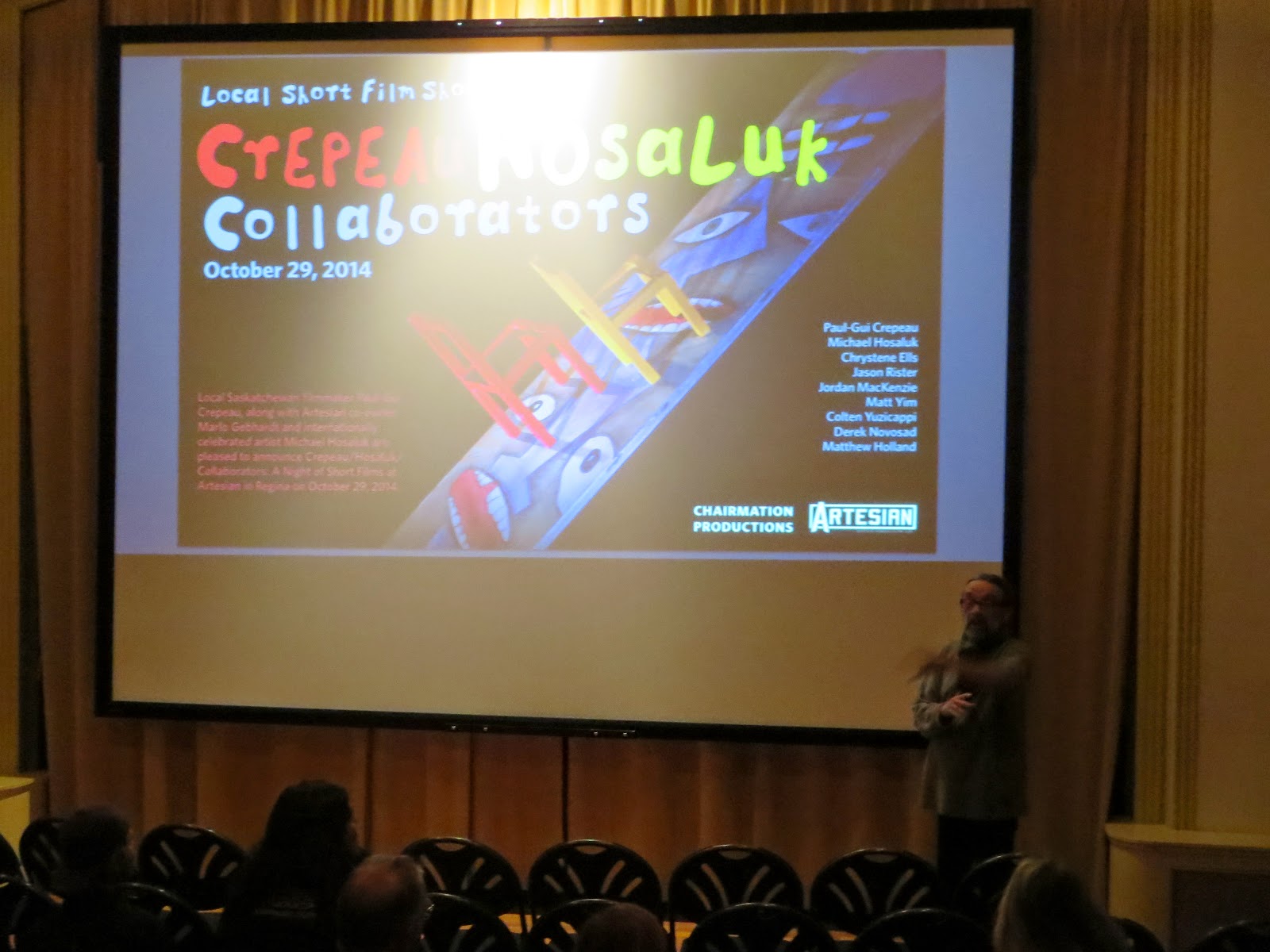 Wow, I didn't know I would find Paul Crepeau's chair animation so engaging as I did this evening. I've seen quite a bit of his footage of his animated chairs over the past couple of years. It's always visually interesting and sometimes clever, but not until he compiled all of this work together did I ever see it as a such a strong, humourous, cohesive, and powerful statement. Not only that, but with William sitting and giggling beside me, I could tell that it crossed other boundaries of communication as well. Combined with a handful of films by other filmmakers which featured Paul as a primary actor, the program was rather long but it never dragged and I was surprised at how quickly it came to an end. In fact, with the superior projection this evening, I was re-engaged with some of the work I'd previously seen because of the amount of extra detail I could see on screen. Paul crams as much as he can into every shot. While he claims in his ADHD film that he doesn't see the mess, he sure makes good use of every square inch of it. Congratulations Paul on a riveting screening event.