Michael Snow and Wavelength in Saskatoon 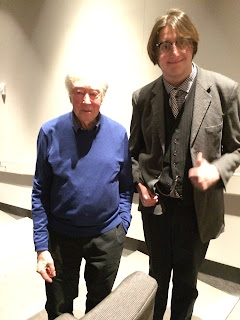 We drove up to Saskatoon to see "Wavelength" at the Remai Art Gallery with Michael Snow in attendance speaking about the film. I've had three opportunities to meet Snow in the past, once when he did the Riddell Lecture in Regina in 1998, again when he was at the MacKenzie performing jazz around 2002, and again at the AGO, again in the early 2000s. William was at the Jazz performance and screeched as it was beginning, prompting a response from Snow during the recording that Charlie was doing (although I've never heard the recording). William was able to tell him this story when we met him. The crowd was smaller than it should have been (about 50) and Snow only spoke for 8 minutes, but the print was very good and the projector and screen were outstanding. Totally worthwhile. Matt and Kyath were also there and we all toured the Remai together. 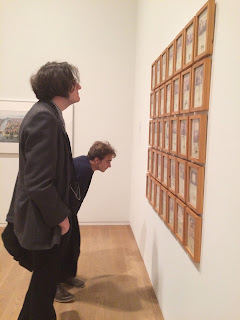