Gerald Saul as Professor Delusia, Live! Today in the park! 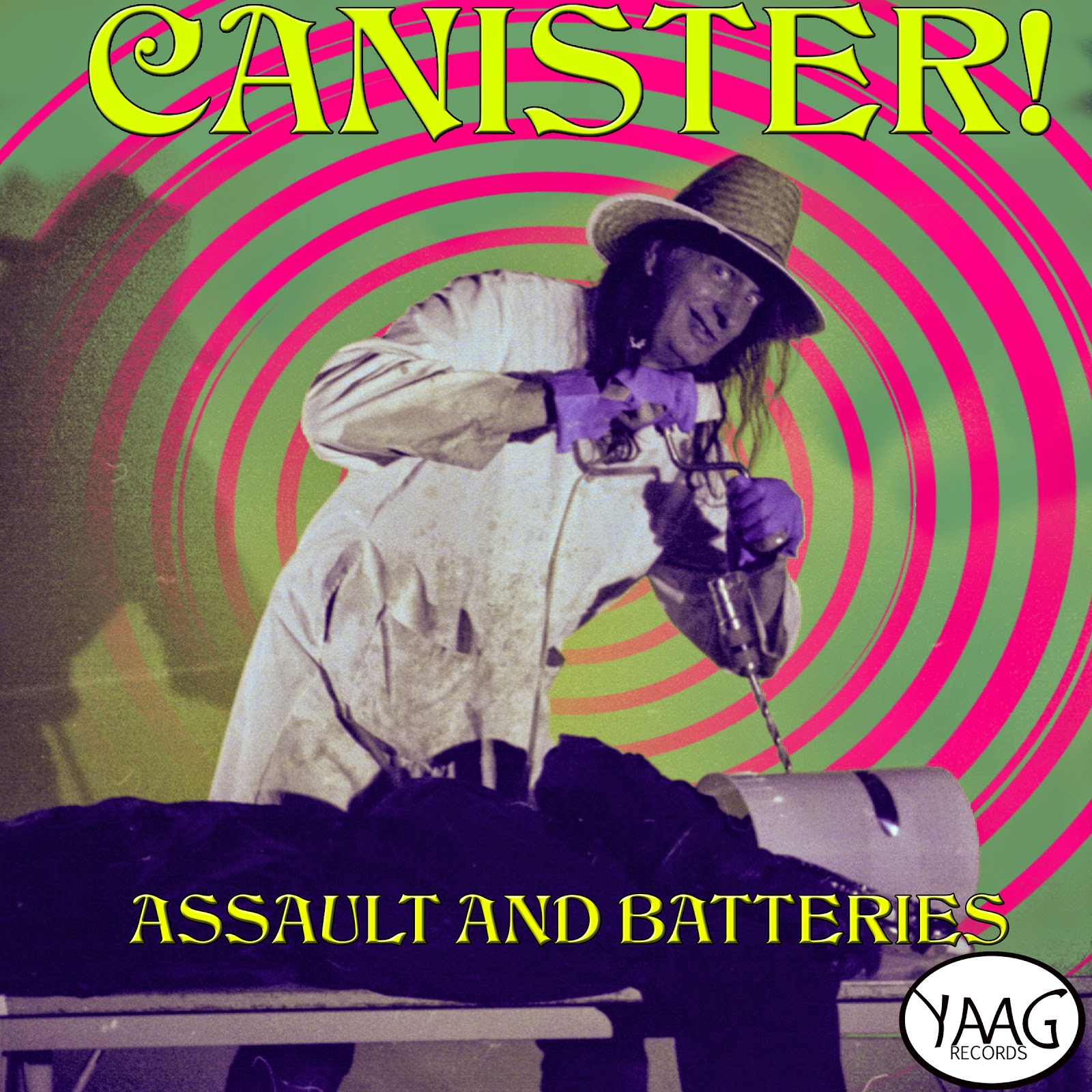 As part of the Dunlop annual "Living Pictures" program, I portrayed the star of screen and print, Professor Delusia as he appeared on the Canister! concept album cover, "Assault and Battery". I hoped that all of my friends would come and vote for me in Victoria Park in Regina today between 4 and 6pm.


UPDATE: the event went well. We shut down at 5:45. I found the biggest challenge was the heat. Wearing the lab coat was a chore in 29 degree weather. I drilled two holes through the Canister head so will need to build a new one. I was given an award for best adaption of an independent film character. William stood by, giving me beverages and amusing the visitors with offers that they may also operate on Canister the Robot, just like Professor Delusia does, but on other body parts using the Canister the Robot Operation Game.  It was popular. 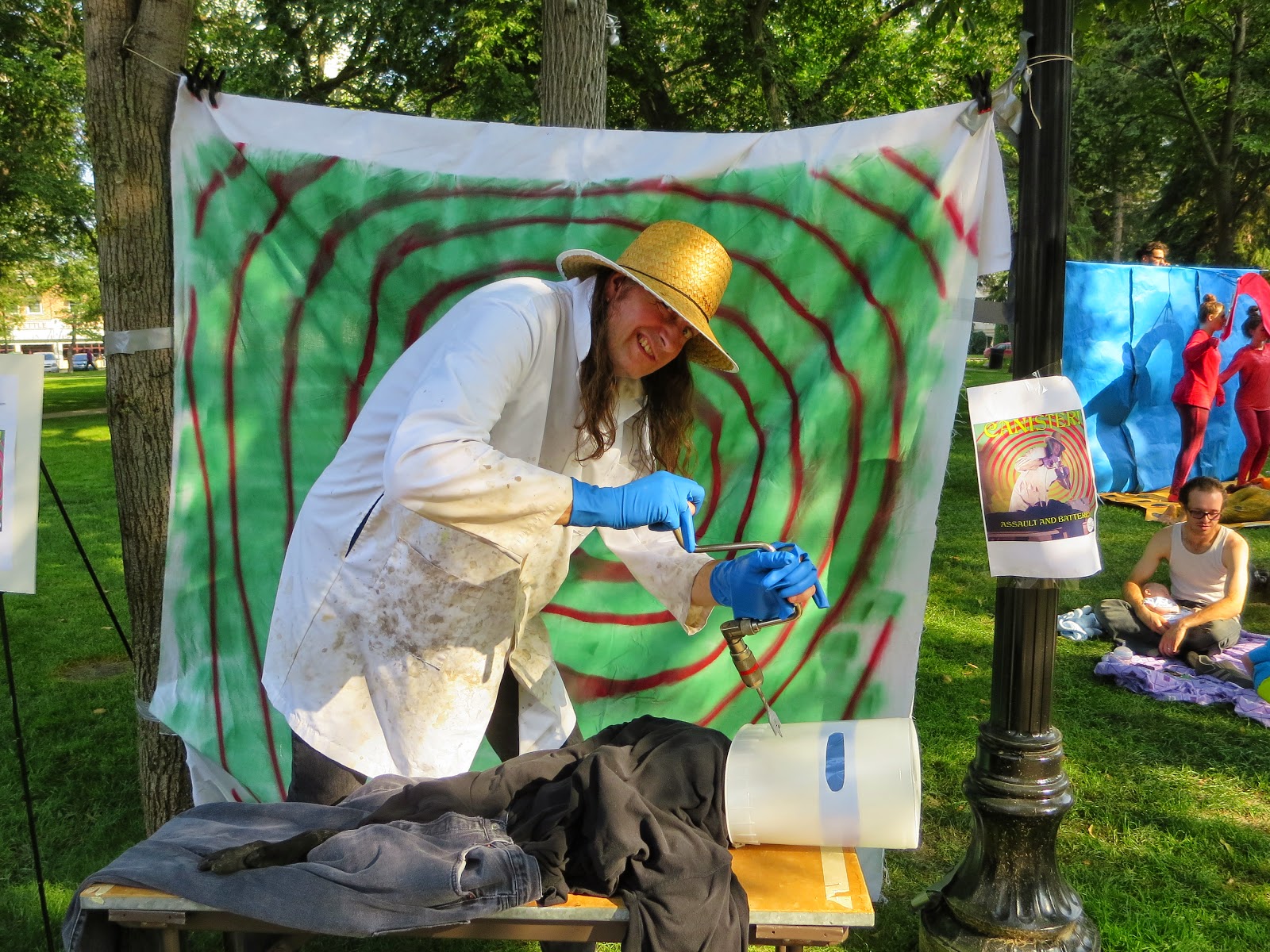 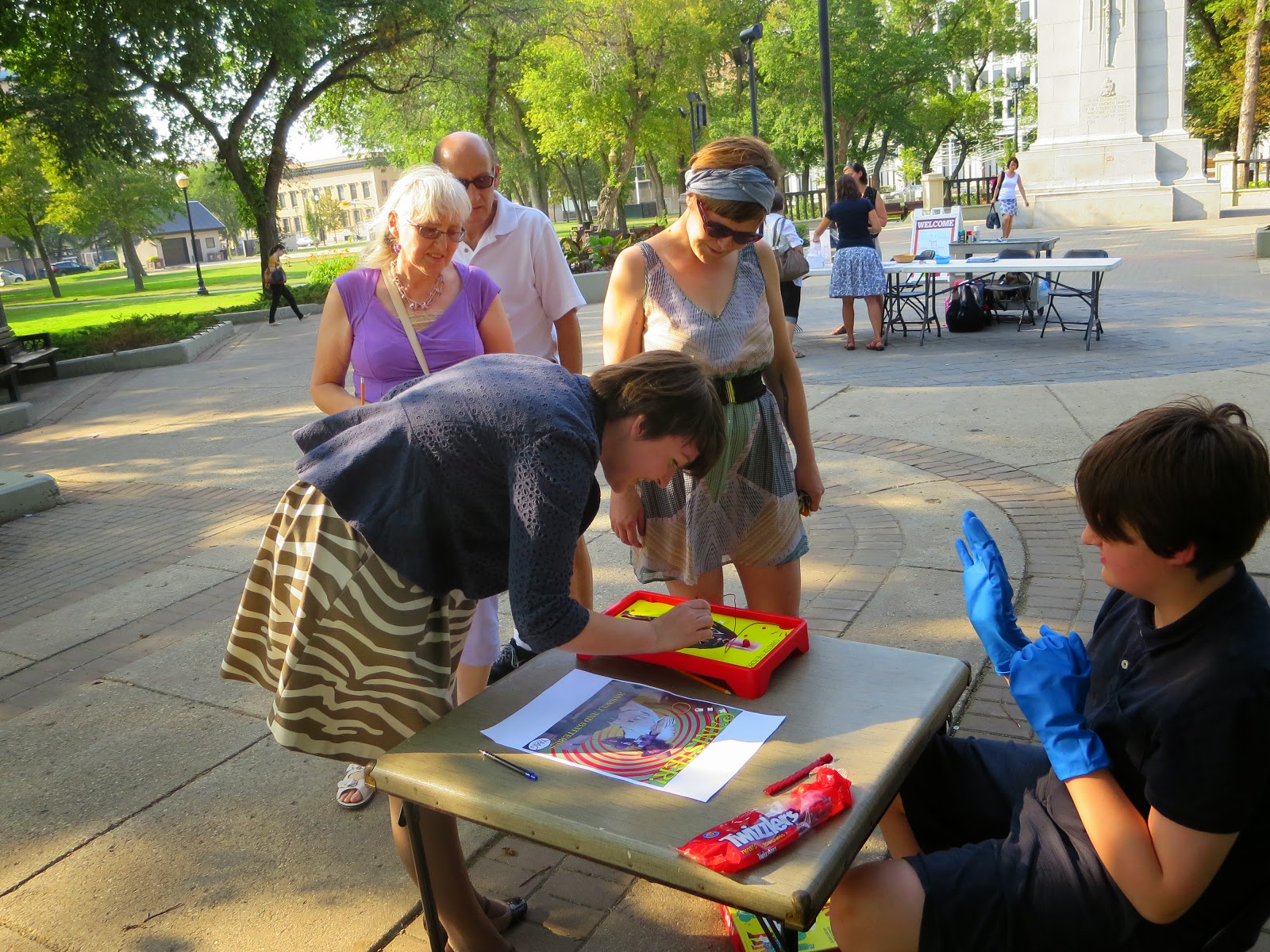 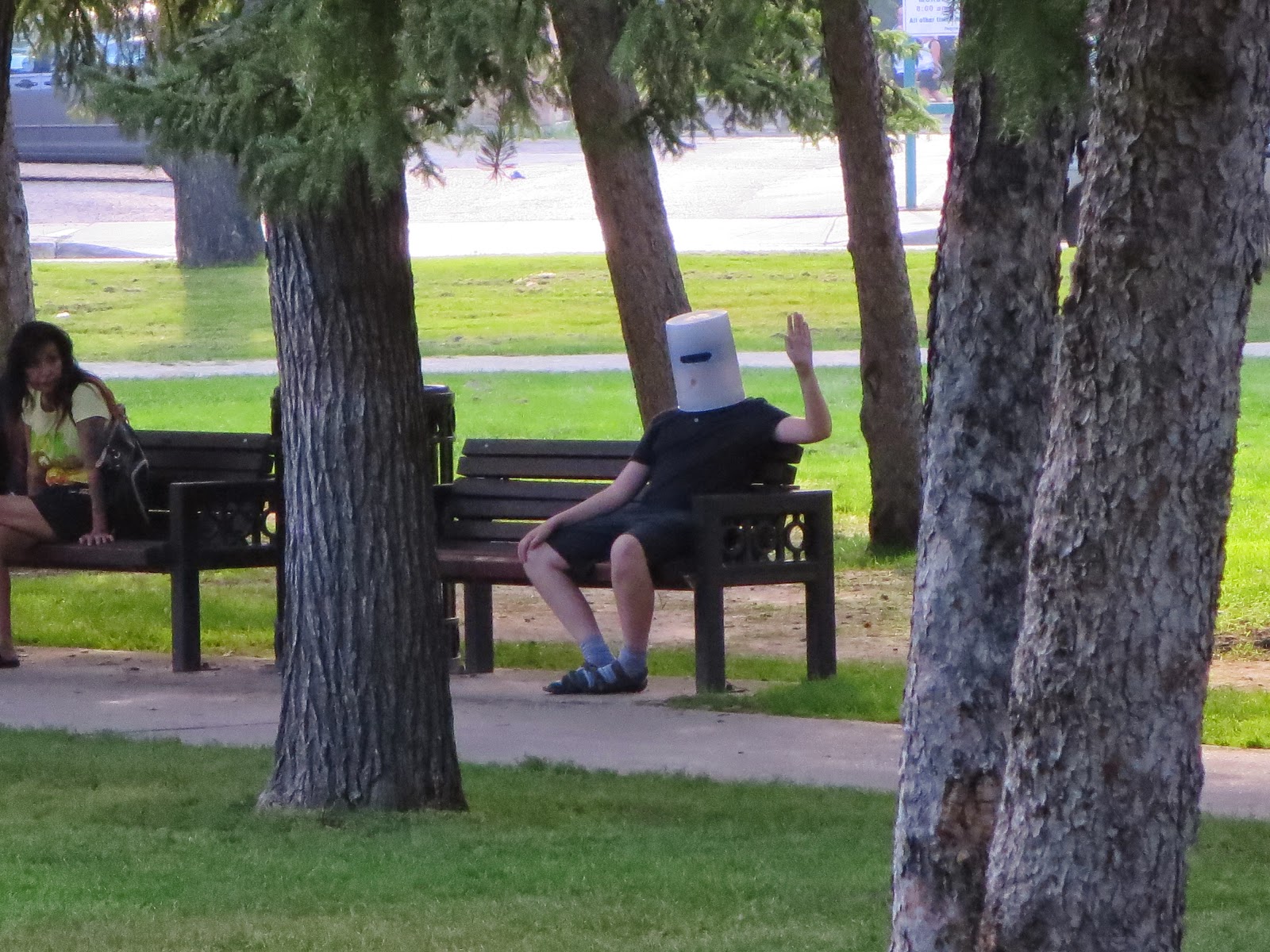