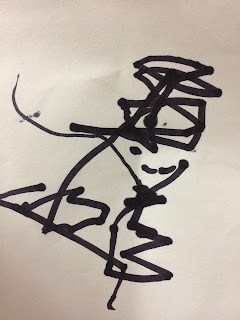 William spent the night with a breathing tube. The doctor saw him first thing in the morning and began taking him off the drugs that were keeping him asleep. He was alert quite quickly. He tried to write a message which was to tell me to video the process but it was just scribbles and the doctors prefer that procedures not be recorded without permission, so I didn't. A couple of hours later, we sat William up and even got him momentarily on his feet, at which point he described the pain as being at level 10.
As I said in the previous post, he was moved to regular adult observation by the end of the afternoon. Shortly before moving, they told William that he'd picked up a bacterial infection so needed to be isolated for six days during that treatment. It's always something. In the six bed observation, an older woman called for the nurse to make her toast or hold her hand every six seconds. Mike visited as he is tremendously supportive, bringing booster juice. Got through the night by drowning out voices with My Little Pony on tablet and eating baking from Christie's. 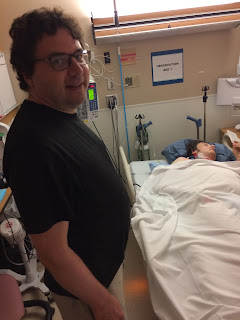 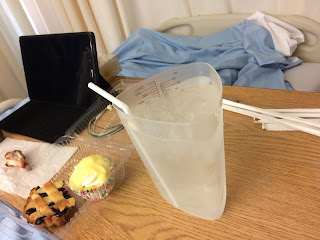