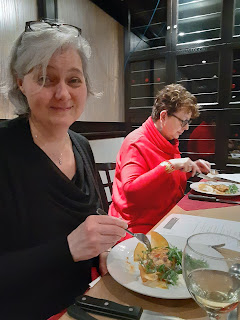 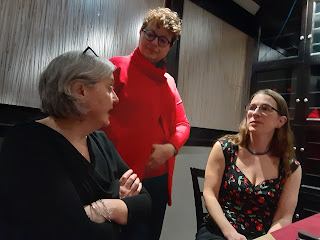 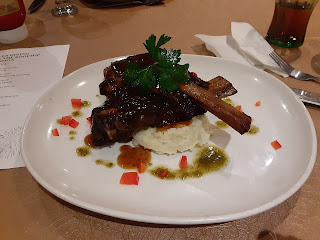 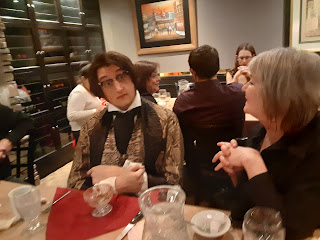 Long story short, there is a chef who moved to Rouleau and was running the restaurant there. He was really good and occasionally wanted to break away from the regular burger fare that his place sold, so Jason Childs began some sort of dinner club there. This chef has bought (?) the Rooftop Restaurant on Victoria Avenue (near Broad) and is looking to turn it around (reputation wasn't good, I'm told). Jason invited us to the first Regina incarnation of the dinner party event.  I talked mostly with Brenda, a Rouleau sculptor and previously an administrator of numerous arts spaces/groups. Food was great but the room was too loud to talk much.
Posted by Gerald Saul at 4:39 PM