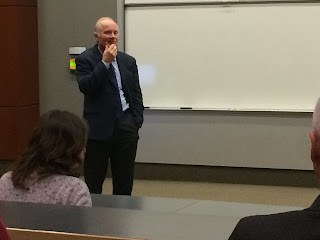 Went to lecture on microscopic laser surgery held by the Faculty of Science by Dr. R. J. Dwayne Miller of the University of Toronto and The Max Planck Institute for the Structure and Dynamics of Matter. This was pretty interesting. It will allow tools to pass between cells and make cuts and do things like destroy cancer cells without scars. The scar issue isn't about marks and vanity, it is about being able to re-enter prior surgery sites or spaces that have not yet healed and conduct more surgery when before there would have been limitations. 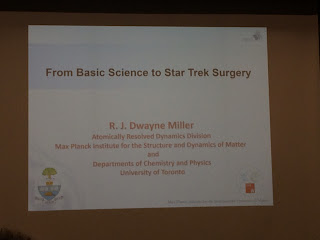 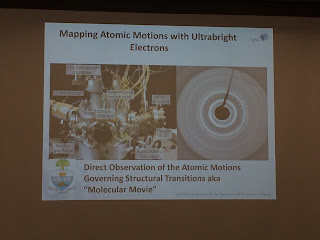 He also pointed out that his experiments with testing water memory showed that it holds memory for less time than most other things, returning to pre-memory state at the speed of sound. However, this has not stopped the homeopathy people from citing his paper over 500 times in some attempt to use his research which disproves their claims (again) as proof of their claims. 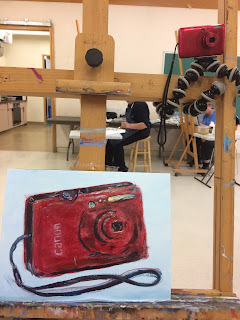