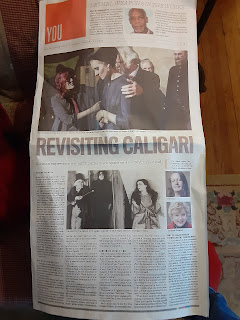 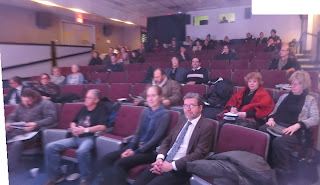 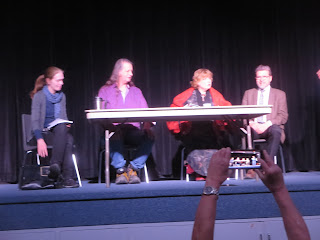 Book launch for the articles developed from the Caligari Project talks 4 years ago is in print and on line: The article Crystene and I wrote is called "Shadows Illuminated: understanding German Expressionist Cinema through the lens of contemporary filmmaking practices" and the journal is Acta Universitatis Sapientiae, Vol. 16, Sapientia Hungarian University of Transylvania Scientia. It can be found and read for free on line but we did get physical copies. Berny was there and we introduced Der Glockner and Eyes of Sorrow Moon. I didn't really know how the evening would go. Berny was there to represent the film since Chrystene couldn't be there, but he was not replacing her on the stage afterwards to talk about the book. It all makes sense in retrospect, but I was very concerned that Berny didn't have a chance to say anything after the screening. Other than that, it went surprisingly well, I think owing to the fact that no one monopolized the talk and we kept things tight.
Posted by Gerald Saul at 10:23 PM