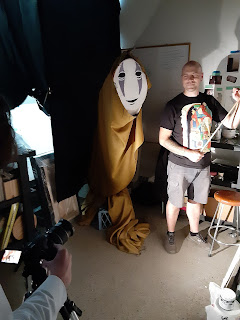 William did a photo shoot last night, creating a portrait of artist Brendan Schick in his studio. I helped move stuff as William needed a large puppet/sculpture of his interpretation of the King in Yellow, which he wanted to be looming behind Brendan. This followed the film shoot on the farm earlier. When I got home, I showered and flopped in front of the tv, only to be told two minutes later that a pop up Nuit Blanche event was happening around the corner. I donned a bath robe and sauntered over. Very cool projections on a "cloud" inflatable. 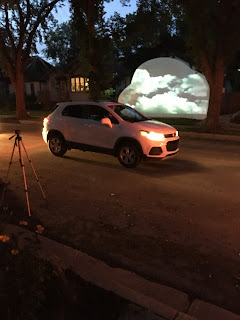