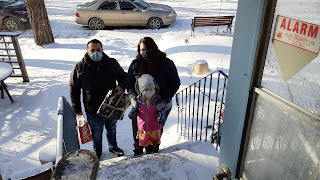 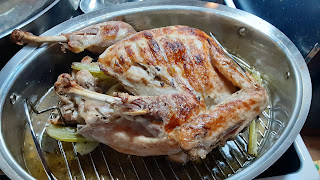 Christmas even was predictably busy. We ran around delivering gifts to people, most notably Margaret's family because they were going to have Simon's family over for the evening and the crowd was getting too big. It ends up that Simon's kids are sick so that was off, but I already had my turnkey in the oven. Geremy, Ellen, and Rory came over for an exchange of the front step. Quinn came a short time later with a game for William; Tapestry, that we played until late into the night (making numerous mistakes but eventually figuring it out).
Posted by Gerald Saul at 2:45 PM