All night at the science centre 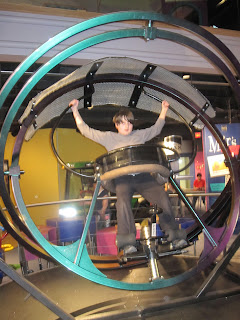 William spent the night at the science centre. I just saw him for a couple minutes as he got home and I headed to work. I came home early, my lungs hurting a bit too much. I've cancelled my travel plans to Calgary for the weekend. I just can't do it in my condition. I had really been looking forward to performing the soundtrack to "Amazing Flying Marshmallow House" at the $100 Film Festival but in particular, I wanted to do some improvisations during it with William. Doing it alone wouldn't be as fun anyways.
Posted by Gerald Saul at 5:13 PM