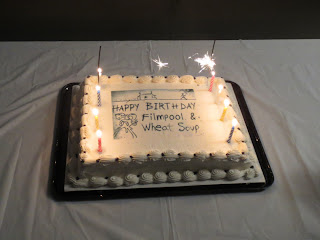 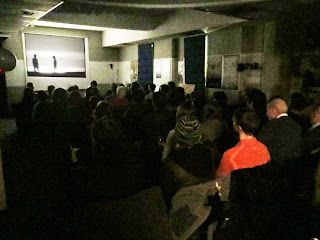 The screening of Wheat Soup at the Filmpool had a great audience of about 60 people (every chair was filled) and I spent almost two hours in conversation with many people. Great questions. Many memories. Thank you to everyone who attended.  I think a couple people are now wanting to write about it and I welcome the attention to it. I was asked numerous times what I thought about the film having not watched it in years and I feel that there are problems with the film but the problems I see now are not necessarily the same problems I felt existed ten years ago. Some aspects that I previously felt were embarrassing I now feel are quaint and create a portrait of who we were at that time. Overall, I am always impressed by things that we did accomplish and the sophistication of some of the visual metaphors.
Posted by Gerald Saul at 11:37 PM