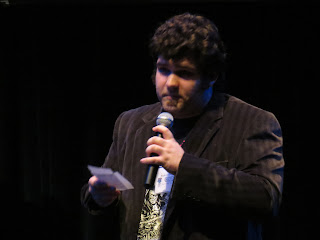 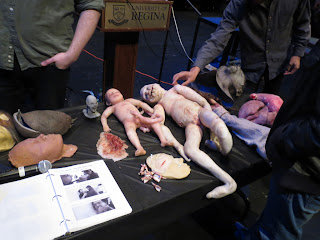 I attended the opening night of the student film festival. I missed the zombie workshop with Emerson Ziffle before the screening but caught a glimpse just before everything was packed up. Jim Woodcock mc-ed the screening event, keeping a good tempo and telling corny jokes when the playback glitched. The crowd was pretty good. I enjoyed the films. There were a few from here and many from other schools. The final of the night was a smart little drama called "Why Does God Hate Me" about growing up gay in a severe evangelical anti-gay family.
Posted by Gerald Saul at 10:14 PM