Agatha H. and the Airship City 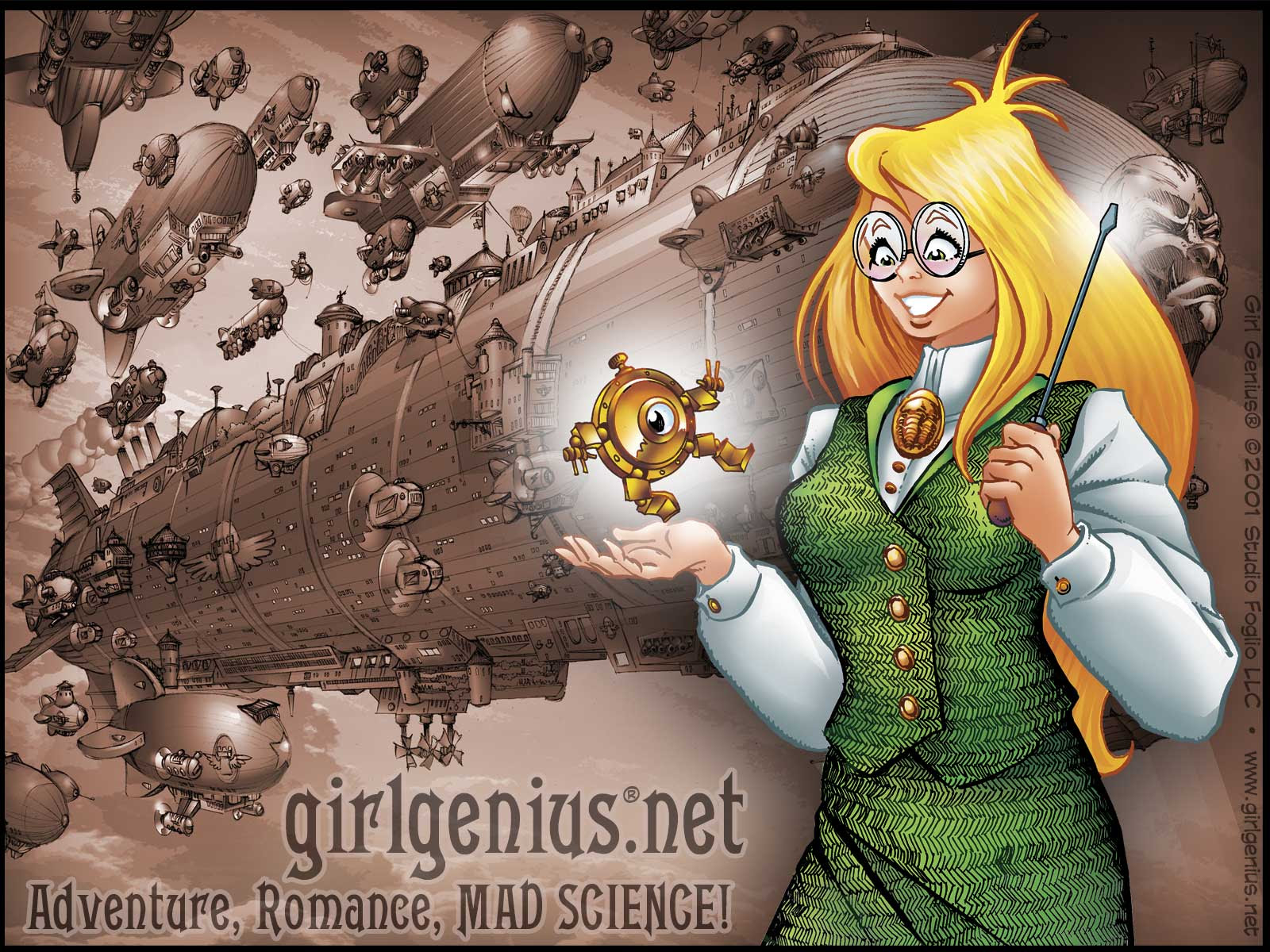 The other day my copy of "Agatha H. and the Airship City" novel arrived via Amazon. I guess I ordered it for William but he's reading something else so I began it. It is a "Girl Genius" novel. In my usual non-reading mode, I didn't actually read the description of it before ordering, just that it was brand new and written by Phil and Kaja Foglio who have been publishing the "Girl Genius" comic online over the past few years and it is great. Anyway, the novel wasn't what I expected. There is no new material but instead is a novelization of the first couple of graphic novels. I've only read the first few chapters so far, being pretty busy as work, but I have mixed feelings. I re-read the comics over Christmas (I'd also just received the missing third book so I could finally read the set in order) so the story was very clear in my head. Like a novelization of a movie, the book often just described, moment by moment, what happens in the source story. This might happen for two pages or more. Just when I'd want to give up on it, they would spell out some simple but amusing details. These might seem minor, but in an obsessed mood like I'm in now, the exact process of how people are executed in Beetlesburg or the origin of obscure objects in Agatha's bedroom couldn't fail to please. I've also been noticing more references to the Heterodyne Boys, obviously building up some background for them to foreshadow their eventual introduction into the main story (they have been missing since 11 years before the story begins). Certainly worthwhile for fans. Outside of them, I don't know?
Posted by Gerald Saul at 9:11 PM