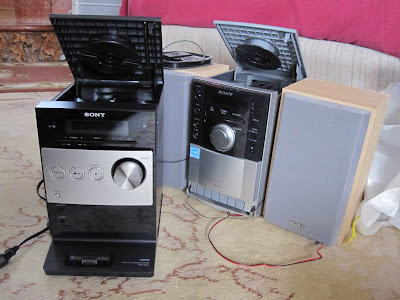 Before supper today I turned most of the dining room upside down, finally installing Margaret's new ipod docking stereo. It is almost exactly the same size as her old one, both Sony and containing a radio and cd player, but the new one plays the ipod instead of cassettes. In part of the process I moved the cd rack which had been buried beneath the Lego station and mostly inaccessible. I needed to so some drilling and dusting and I killed a spider.
Posted by Gerald Saul at 11:12 PM