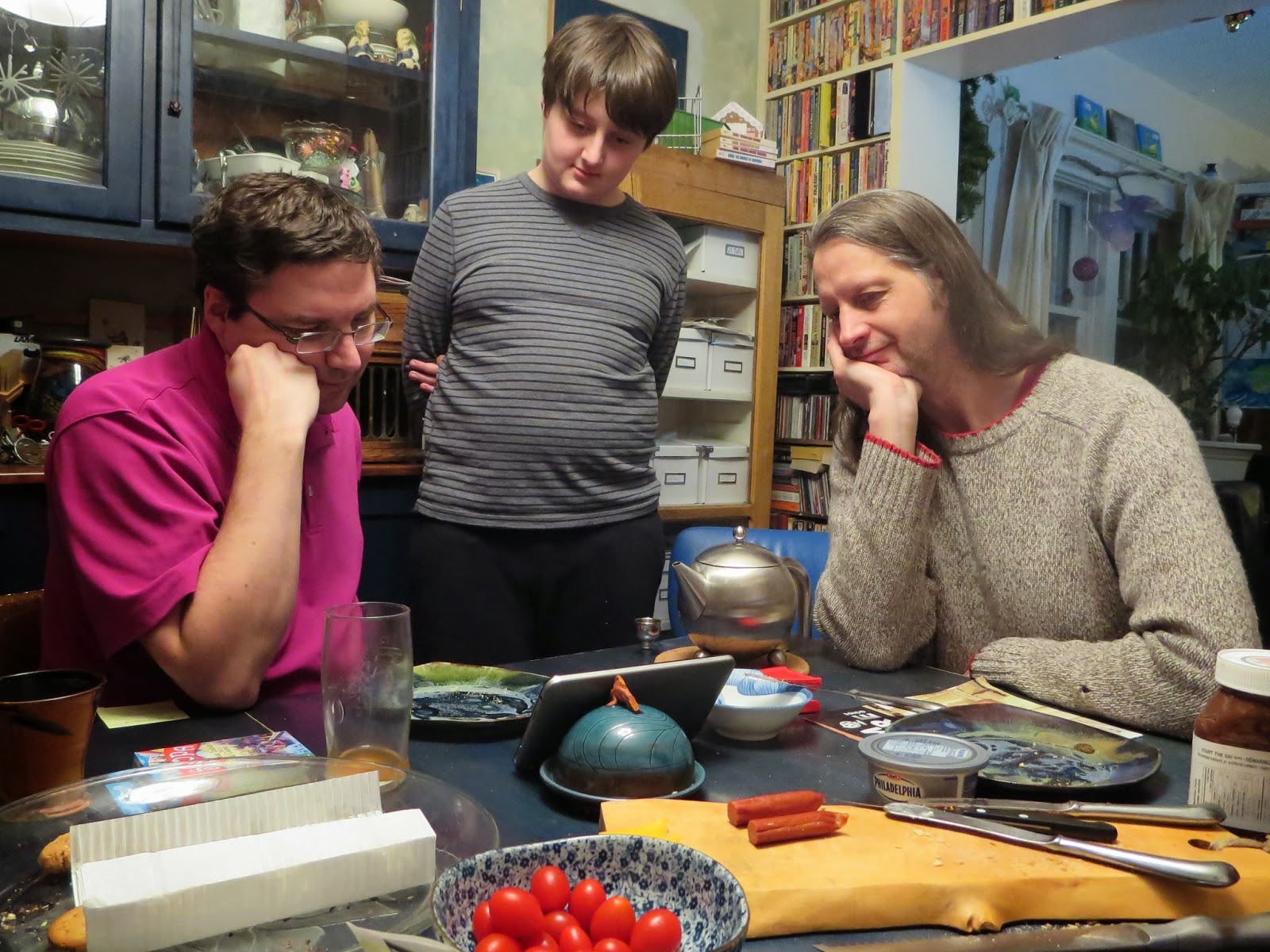 Mike came over with a card game called Scopa! Had fun. Earlier we ate at Margaret's parent's house and opened a package from the cousins which contained gifts, many of which had come from Italy when they were travelling there earlier in the year. We also attended "The Talkies" at the RPL where they roasted "Santa Claus Conquers the Martians". In many ways, the jokes they made did not enhance the inherent humour we could all see in the ridiculously bad movie. I prefer when they do a movie which is more of a boring waste of time; that's when this comic routine works best.
Posted by Gerald Saul at 10:22 PM