Finishing touches on my film 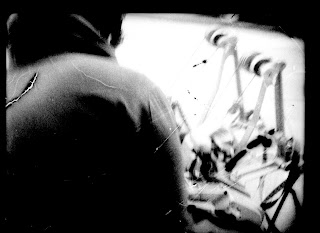 Completed a short film I'm calling "The Lost Art of Inertia" based upon the first roll of 35mm film I shot with my WWII camera a few months ago. It is primarily a study of rhythm and and experiment with some sound editing I've been thinking about. The finishing touches this weekend allowed me to enter it into the SIFAs. I like to get something to them that has not been shown before, when possible, although this strategy has always failed to get a fall screening and nomination. My only nomination with them was with Eyes of Sorrow Moon which had already shown for two months at the Dunlop and at the CCE print show after that and a handful of festivals. Fingers crossed I suppose.
Posted by Gerald Saul at 6:15 PM