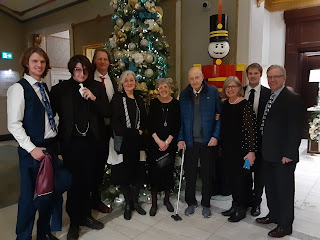 The girls left this morning. We'd planned to see them one last time for pancakes but time didn't allow it. In the end, while I was up preparing to potentially host them early in the morning, William slept until close to noon when I got him up for pancakes and to open some presents. I had a few interesting ones for him such as the soundtrack CD from the early Godzilla films, Rick and Morty seasons 1-3 on DVD, and an orange telephone headset for his cell phone. Margaret bought me the miniature forging set created by Frans Lotz from Slate. Amazing. 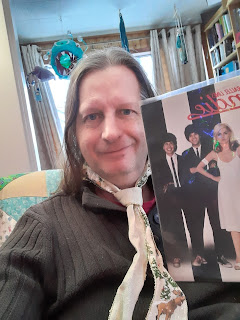 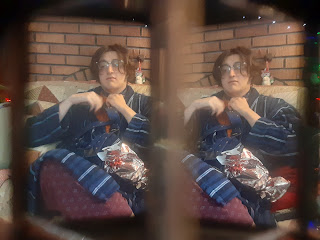 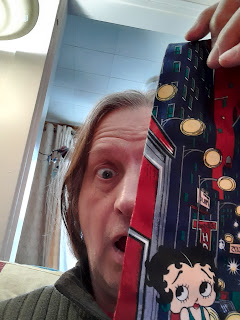 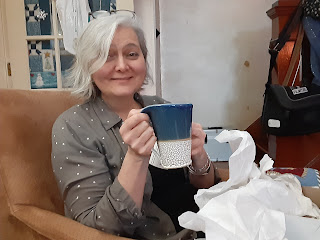 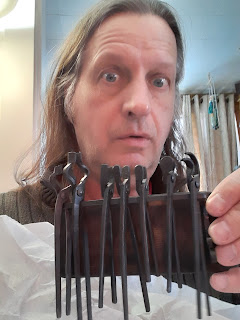 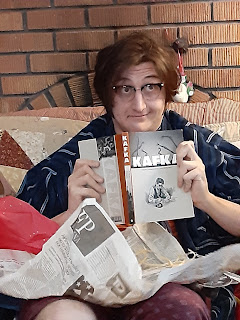 Mike and Paul came over for the afternoon and it was nice to catch up. 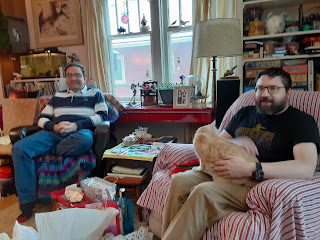 We suppered with my family at the Hotel Sask and then back to my parents' for some games after. At the hotel I spoke with Karen Staley whom I'd not spoken to in about 40 years (Steven's younger sister). Actually, I don't believe I've ever actually spoken to her, even back then, so I'm surprised that she recognized me. 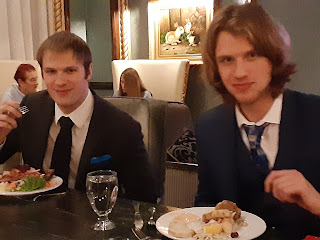 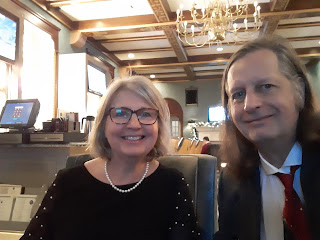 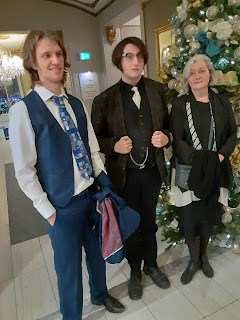 At mom's, Lori gave me a painting apron she'd had custom made for me, nice and long, and had one of my paintings printed onto the front of it. Wow. 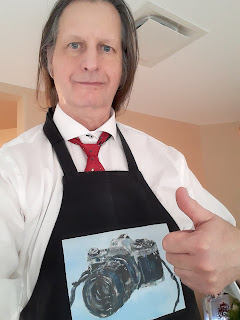 Played Mexican Train, which is basically a dominoes game, and then home to start Rick and Morty. 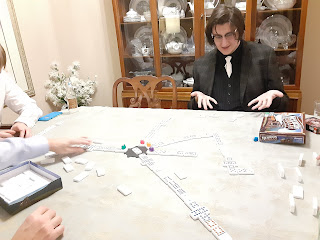