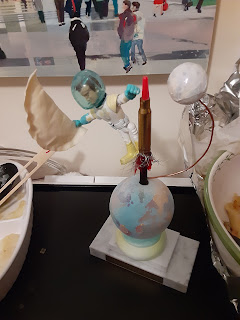 I brought home the trophy for best perogies from Heather Cline's Ukrainian Christmas party and cabbage roll/perogie competition last night. I'd done some experiments with putting bacon and cranberry inside the perogie before cooking them but I wasn't really sold on this. They were not spoiled but they were not exceptional either. All it really amounted to was that they were much more difficult to make (and slower). I ended up going with traditional cheddar and potato but added lots of butter and onion and bacon on top. Feels great to have the trophy again. 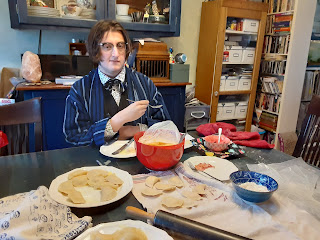