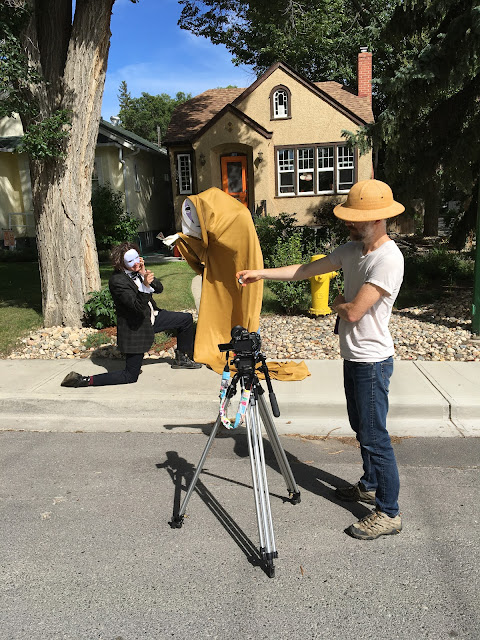 William needs to use a photo for the basis of a block print which is his next art project. He staged the final moments of a story when a person at a costume party is talking to the King in Yellow about his costume when the King tells me that he isn't wearing a costume! Big surprise ending. William has been using the King in  Yellow as his motif throughout this course. He was trying to use the remote to take the photo while he was the party-goer and I was the King. The battery on the remote must be getting weak as the shutter wasn't triggering. Suddenly I noticed the Berny was casually watching us, having wandered down the street from his hives. He graciously consented to press the trigger. Margaret also arrived and took some behind the scenes shots.
Posted by Gerald Saul at 6:02 PM