Nick the Cat - the final day 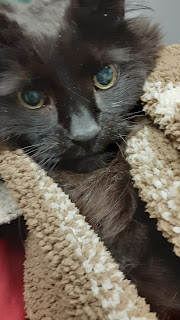 Six and a half years ago we adopted a cat that Sean Whalley had been caring for out his back door. His name was Nick and we never changed it. At first Nick was very shy and scared and I thought he didn't like me. That changed over the years. He enjoys some milk after I finish cereal. He watches Tv with me and William. He loves his face scratched. 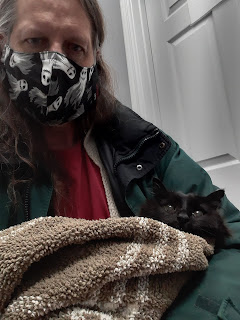 Nick had a stroke and major blood clot today. He was paralyzed from mid-section back. The vets said he wouldn't make it. Nick is gone now. I sat with him at the vets as the final injection came. I've never seen a pet to the end before. Mr. Guy died while we were on vacation. It's really hard. He was a good cat. 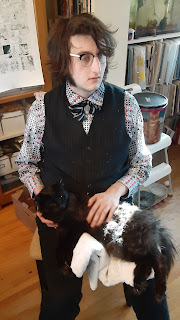 I'm sorry for the loss of your fur baby.

Sorry to hear Gerald, glad you had a chance to enrich his life as much as you did, my condolences for your loss.

Gerald - it is sad to be at the end of a life that was part of your family. I can relate as I have had to do that twice in my life with cats I adored. Remember the good times and know that Nick is happy across the Rainbow Bridge.