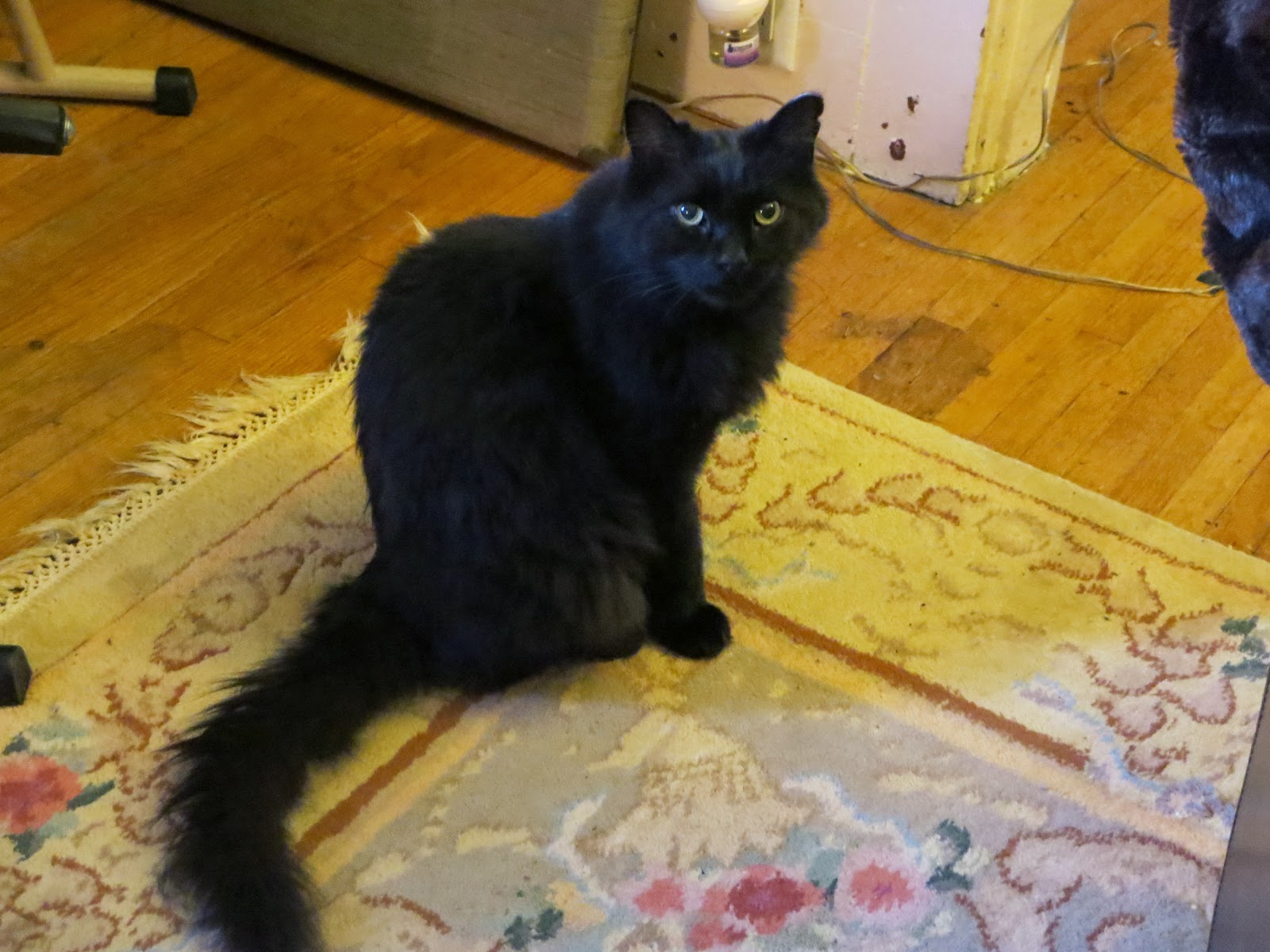 The new cat, adopted from Sean Whalley's back yard, is finally coming out and being petted. He is really quite well tempered, although nervous and hisses when agitated. He was being called "Nick", originally because he has a nick out of his ear (I can't even see that). Sean says it is short for nicotine but William thought it might be for "Nick Cage". I thought it might be for "Old Nick". We're trying to figure out if we should change the name. Since he is entirely black and moves around without a sound, naturally I want to call him "pumpkin". However, that doesn't seem noble enough so now I'm hung up on calling him "Grandmaster Pumpkinhead". Actually he doesn't respond to words or names but thinks that a whistling noise must be his name. So now we are choosing between "Nick" and "Grandmaster Pumpkinghead" or possibly other choices.
Posted by Gerald Saul at 9:41 AM