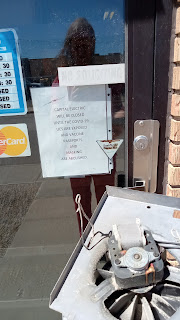 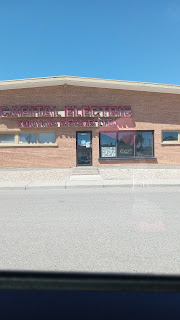 Ceiling fan motor in bathroom wearing out again. The only place I knew to fix it was Capital Electric which, when I first discovered them, impressed me. They were one of those nutty places with a range of new and old devices strewn everywhere and a head guy who seemed to be an expert in everything. However, the last time I went there, they were off their nuts with anti-vax posters everywhere. When I showed up there today, the sign on the door indicated that they were closed because they were crazy (no, that isn't what it says, but you can read between the lines yourself). I hit the phone book and found Adlo Electronics where their guy replaced the motor while I waited, no hassle. He says that Capital electric closed in August after a bunch of the staff quit.
Posted by Gerald Saul at 8:36 AM