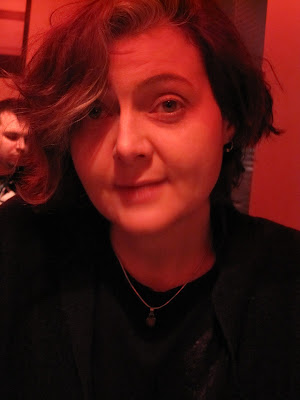 Today is the day Margaret and I mark as our 20th anniversary. We all kicked around the house most of the day, had a generally good day off. Margaret and William started cutting apart the comics and making new jokes out of them. William used play doe on the comics but instead of the traditional stealing of impressions, he left the play doe on as new characters (see below). 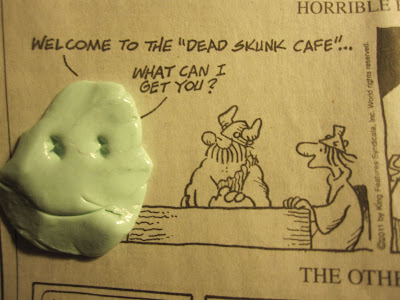 Later we packed up and went to The Mercury Diner for supper. Paul happened by and joined us. We started thinking about what to do with the summer but didn't firm anything up yet. The snow started up again but we didn't feel like going directly home so we ended up at Chapters. It ends up that Kevin and his wife were also there, detoured away from the out of town party by slippery roads. Chatted for a bit. Margaret and William even took a shot at the hill before heading home. The snow was fresh and even though it was too cold and we had no extra clothes, William thought the hill was perfect. 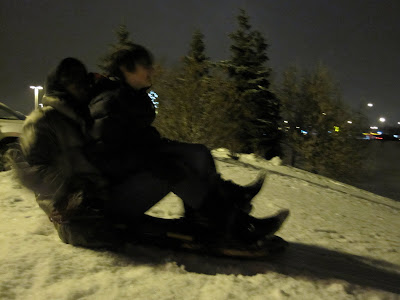 Built a snowman at work on my way to my car yesterday when it was warmer. 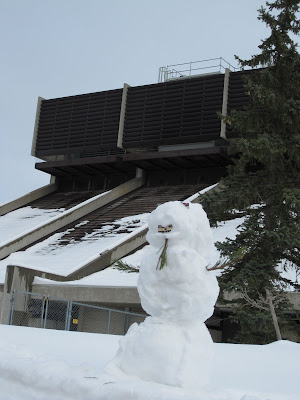