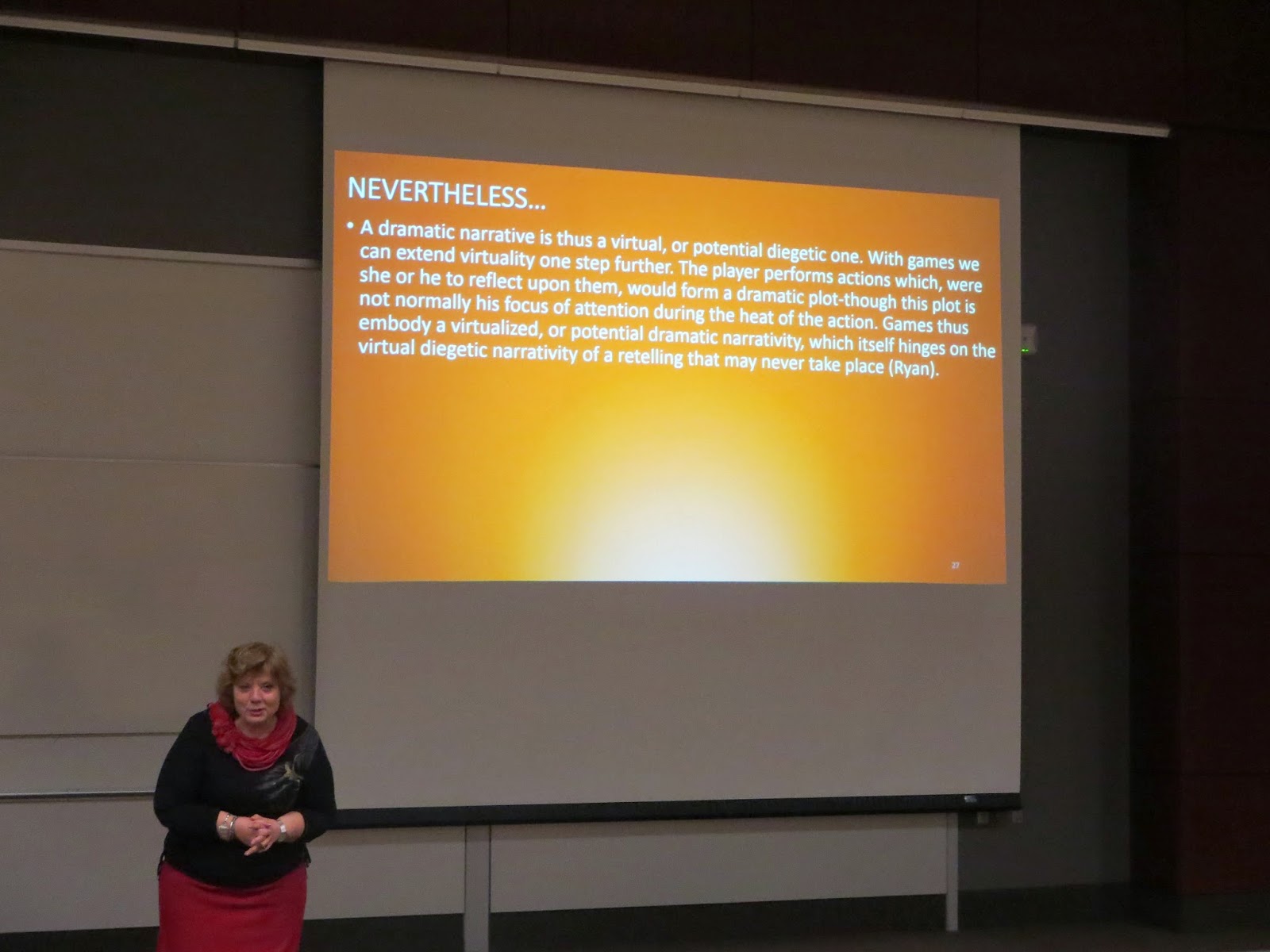 Christina did the key note speech for the Trash Talk conference that the English students have set up for this weekend. Margaret and William also came. Kiki is doing supper with family so we'll see her tomorrow. Christina mostly talked about narrative in the digital age which also included some ideas I've encountered before such as the hero's journey. A couple of the hypertext and "interactive" movie things she has encountered and  presented were rather amusing. I'd like to try the random fairy tale generator she found sometime.
A few weeks ago William began explaining some material he heard a few months ago at a university lecture. I started paying more attention to lectures coming up. Most interesting ones have been during the day, but suddenly there are a bunch at night. This is the fifth lecture I've taken William to hear at the university in the past eight days. He needs a break. When we got home, we started watching some Godard but paused it so he could Minecraft with his friends.
Posted by Gerald Saul at 11:21 PM