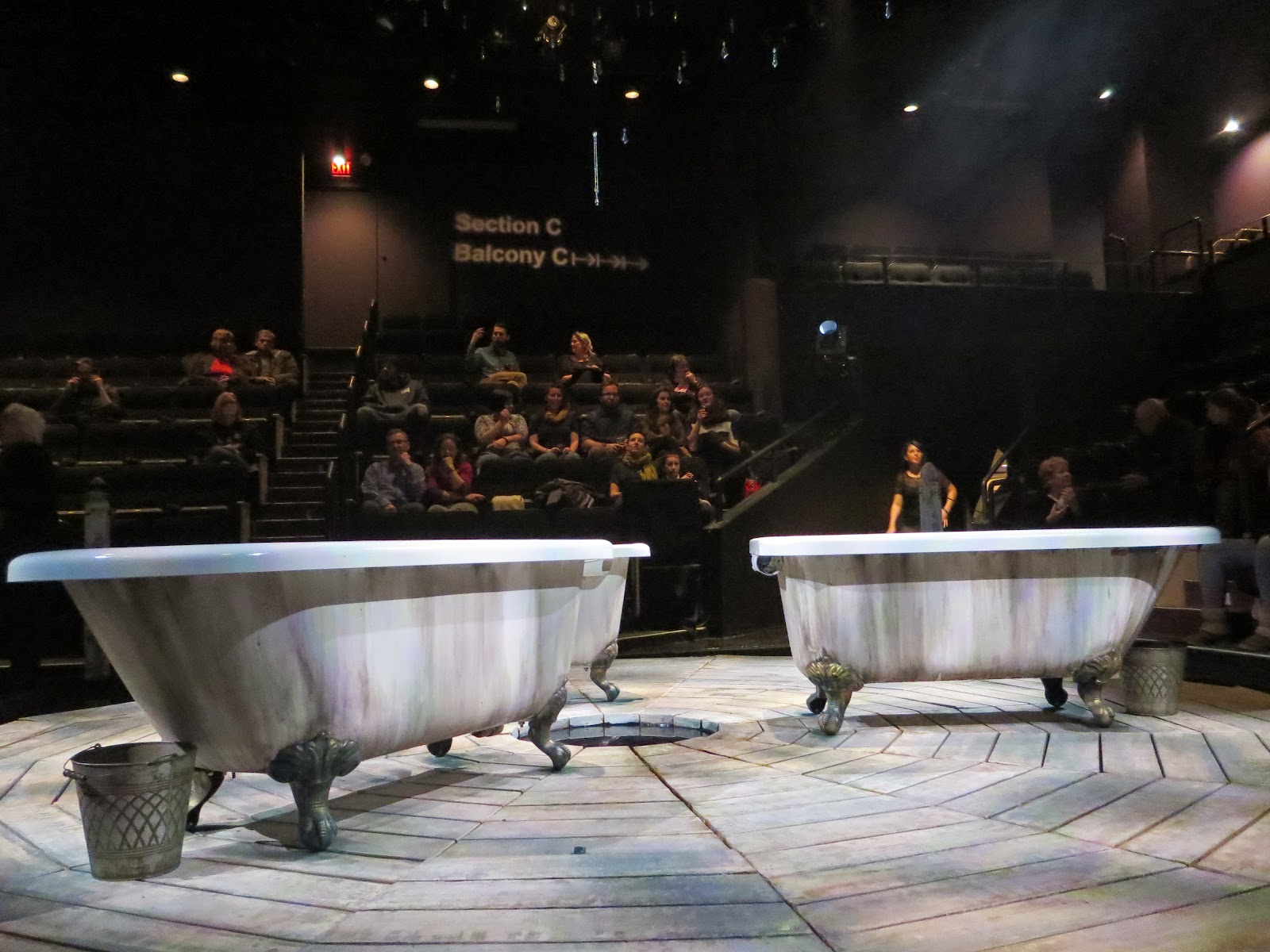 We were invited to the dress rehearsal of "The Drowning Girls" at the Globe this week. It features Jonelle Gunderson, Jenna-Lee Hyde and Judy Wensel as murder victims, revisiting the crimes committed on them while in and around three bathtubs. The tubs contain water and the stage is surrounded by a moat. Water occasionally showers from the rafters. It is amazing that these three actresses managed to survive, let along perform as well as they did, while wet and cold for an hour. The set looked very cool with its contrasts between grime and sparkles (there is a necklace that recurs throughout and now that I stop to think about it, I don't really know why it was so important). We sat in the front row, as we had at one other play a couple of years ago, but perhaps mid-way up would have been better. As with most Globe performances, the action seemed directed at the higher rows rather than intimately at the nearby viewers. Unique. 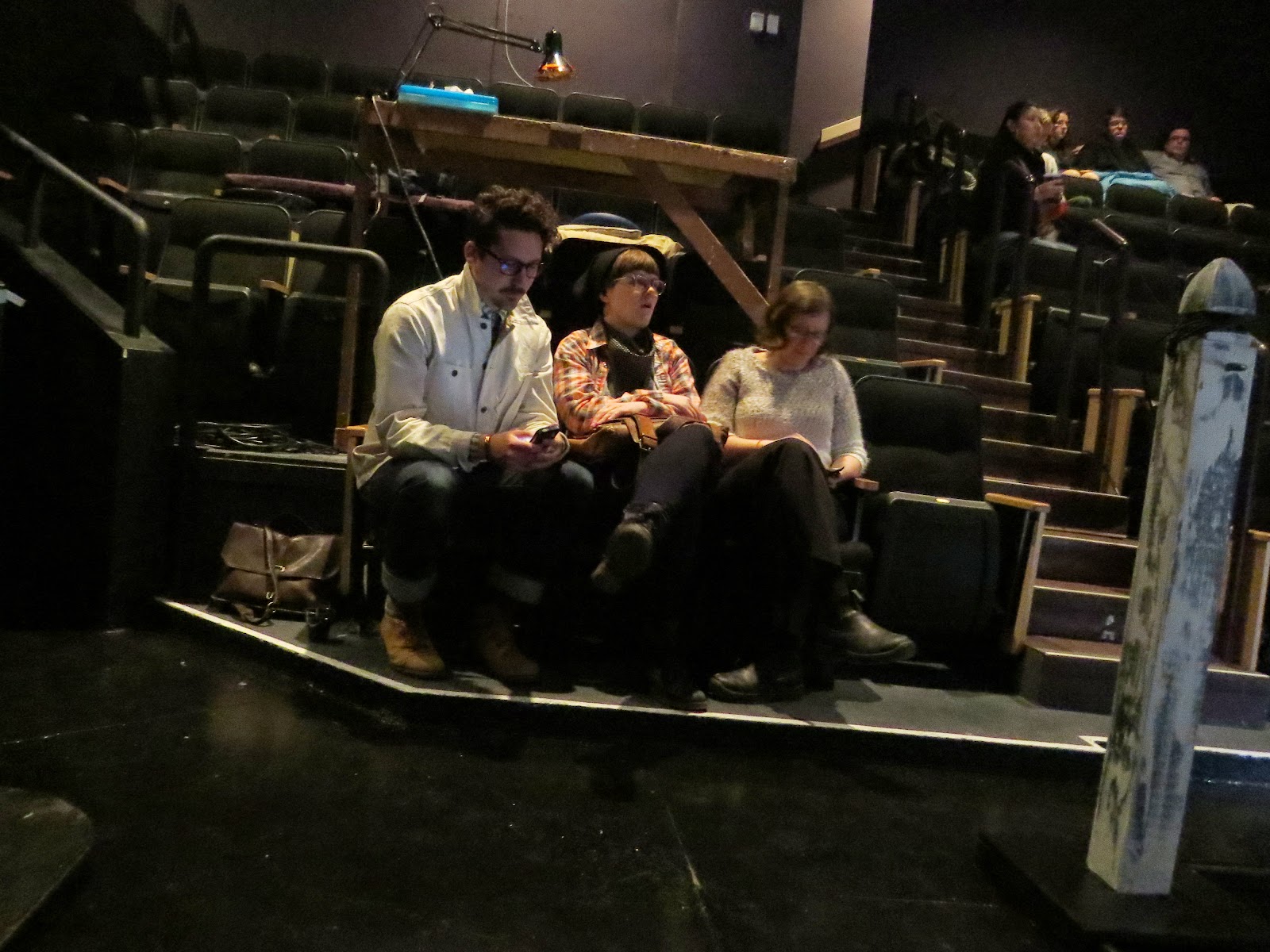