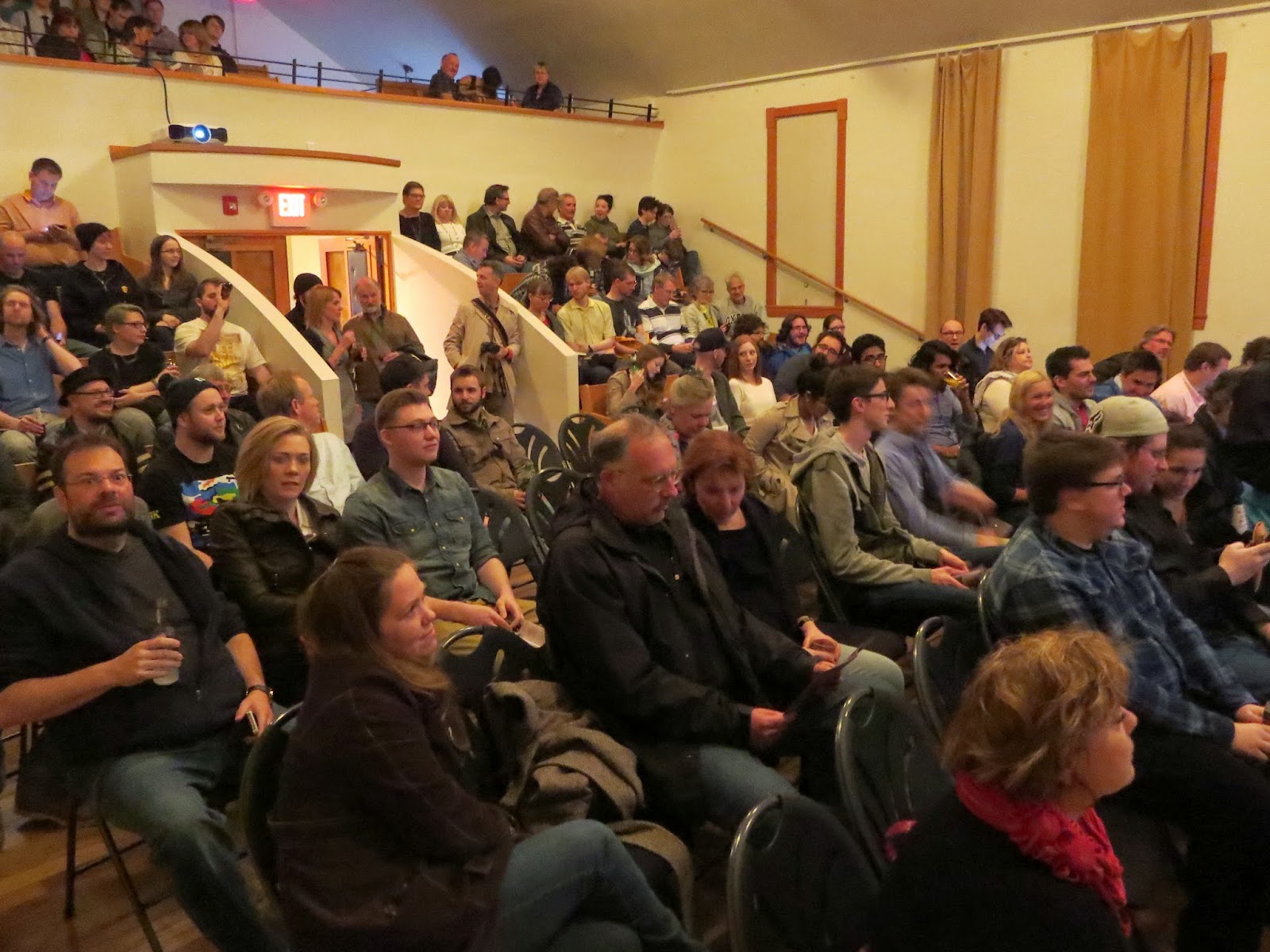 Congratulations to all of the fourth year film students on the extremely successful screening of their final projects tonight.  The projects had a variety of theme and tone to keep the audience engaged. We ran the whole event as one evening rather than two since the total running time was just over two hours. There were about 120 people in the audience, which is about 90% full for the Artesian. Before the films rolled, Billy Hamilton (who I just discovered is the son of Howard) was awarded the Oser Prize for film studies for a piece he did on propaganda. In the intermission, I brought in Italian Star sandwiches, which were a big hit. No big disasters. I can almost start thinking about summer. 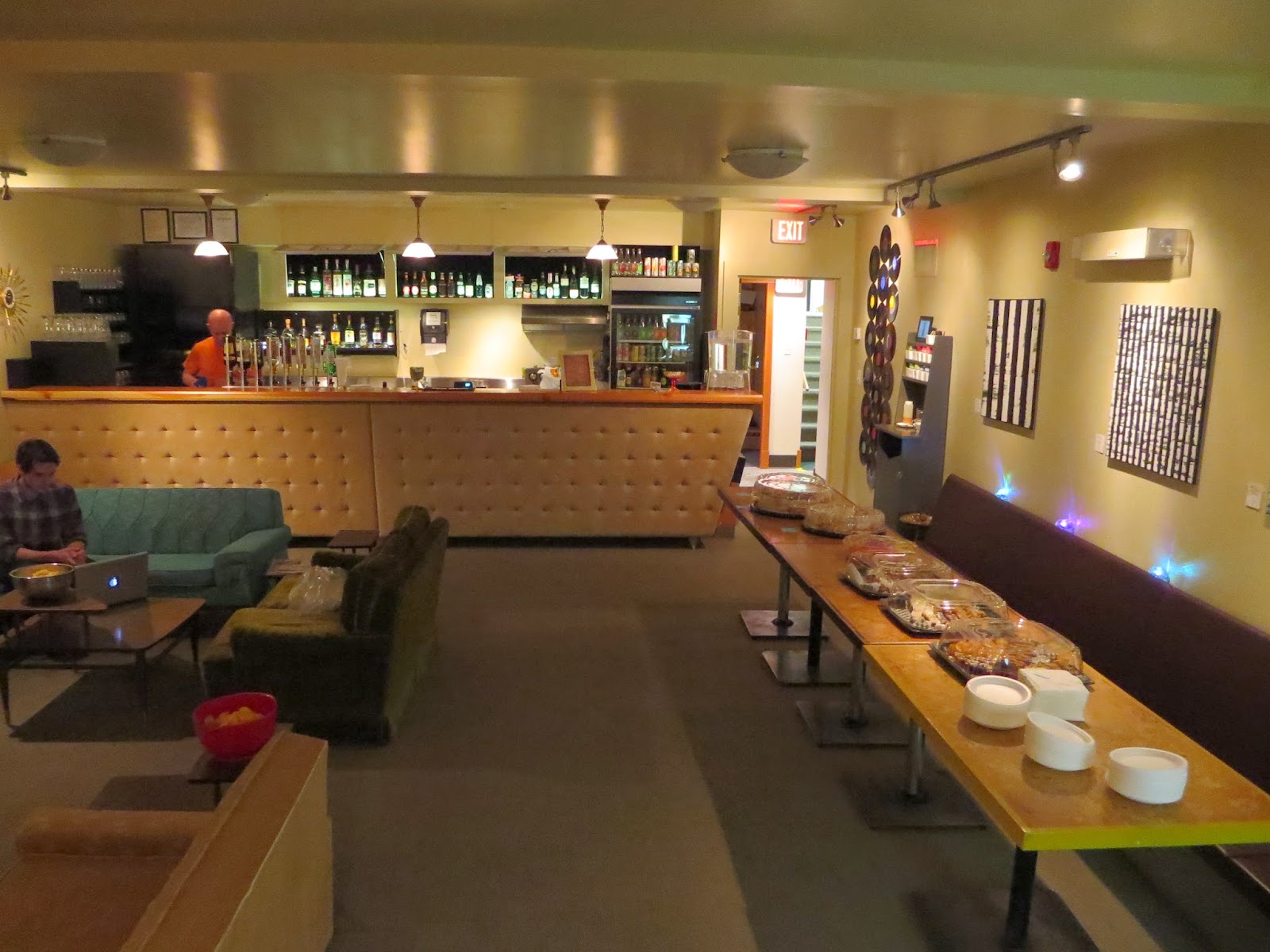