Today at 10:30 am Kevin and I went to see Quentin Tarantino's "Hateful Eight". There was something very nostalgic about the Saturday morning matinee, especially as it was a spaghetti-western style film and it felt just right. We had a bit of regret as there was an abrasive crackling sound during the first half hour but then suddenly the film was paused! This was a first for me in a movie theatre, to see a perfectly paused frame on screen. They apologized and said they wanted to test the sound. After a couple of minutes it resumed, but this time silently. The usher was calling the booth from the front of the theatre as they tried over and over again. Eventually they started the film from the beginning and fast forwarded to the proper point. We got passes to another movie as we left. Went to Humpy's for eggs. 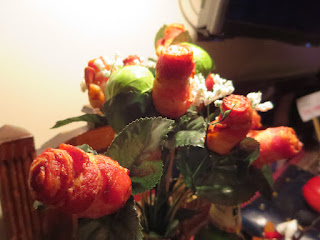 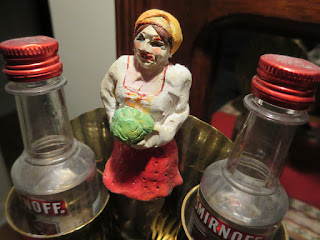 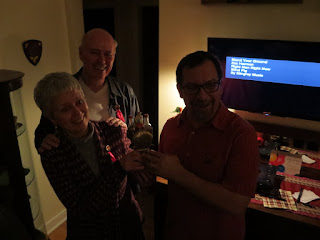 This evening was Heather Cline's annual cabbage roll party. Joanne brought a bouquet of roses made out of bacon and brussel sprouts. Through a process of blind judging (names removed from the samples), Heather's husband David won! I visited her studio, and was interested in a lantern  Heather has built. We'll need to talk more about this later. 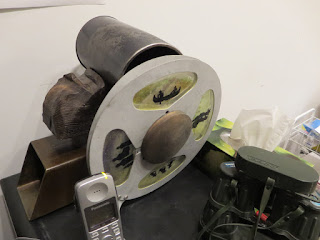