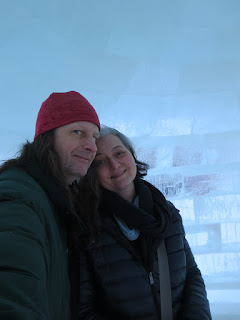 Holiday Monday in Winnipeg and we began with brunch at Linda and Sean's. They have a great house with lots of rooms and amazing art on every wall. Later we hit the WAG where we particularly enjoyed the Inuit sculptures (only a small display, a portion of their collection which is the largest in the world) and the Greek and Roman gods. Afterwards we went to the park where hundreds of ice sculptures were displayed. Coming from more-or-less socialist Saskatchewan where art is free, the $25 per person entry fee to see ice carved into bears and birds was a bit much, especially considering that an hour in the cold, even with the good weather, was less than desirable. Regardless, the displays were nice and the kids went down the super-fast ice slide once. Probably wouldn't repeat this in the future though. 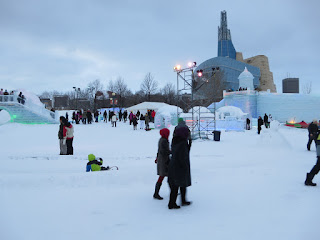 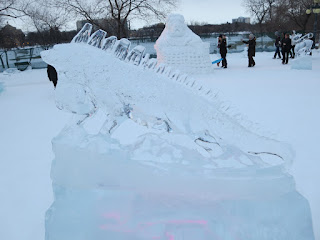