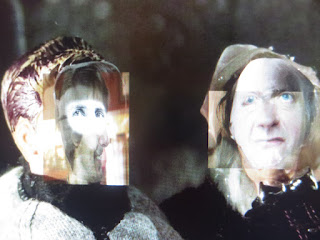 I starting having some major memory/rendering problems with my new puppet/frankenstein/expressionist film last night (I've finally titled it: "The Testament of Frankenstitch", which references both Fritz Lang and Jean Cocteau). I rendered it in 30 second pieces over night and had to try to fix things and assemble a soundtrack to be able to submit it to the Filmpool "Cinema of Dr. Caligari" screening by midnight. I did it, but it is a bit of a mess. I think I need to either make it more of a mess, or less. Hopefully I'll have a chance to do one or the other.
Posted by Gerald Saul at 2:20 PM