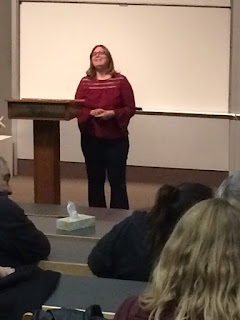 Huge congratulations to Dianne on the completion of the moving tribute to her brother who was killed in a rigging accident seven years ago. The project weaves together an almost impossible collection of interviews, home movies, and new footage shot over a long period of time.Very complex.
William and I dashed away immediately after the Q&A to arrive just a few minutes late for Night of the Living Dead at the RPL. Unlike other times I've seen this film, the image was not contrasty, murky, and scratched. Belinda told me that she unwittingly ordered the new 4K version which was restored from the original negatives. Amazing clarity: an entirely different experience. It was William's first look at Romero.
Posted by Gerald Saul at 11:31 PM