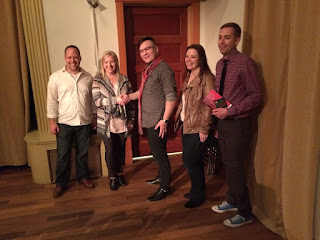 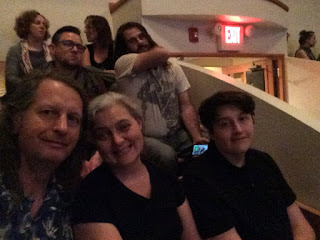 We had a blast at the Pile of Bones Film festival last night. There was great array of films including a number of local works from Jason Britski, Ron Mein, Dianne Ouellette, Ella Mikkola, and Mike Rollo. They programmed "Eyes of Sorrow Moon", making this the largest audience we've been able to watch it in and I think it was quite effective (it felt more ominous/horror filled than when it's viewed in the single monitor station at the Dunlop). There was a big crowd, at least 75, perhaps a hundred. A crazy faux-1980s vhs coverage of a realtor convention/seminar from Hamilton was relentless in its adhesion to the look of crappy video in low light.
Posted by Gerald Saul at 11:49 AM