David Cassidy died. Growing up on Partridge Family tricks one into believing the actor and the role are closely tied, but in fact he was very much a part of the hard partying rock generation than we knew at the time. Don't know what killed him, but decades of drinking certainly didn't help. I have two packs of Partridge Family trading cards. I am pretty sure I have at least one fan magazine from that time period on my office shelf. At one point, my niece discovered my sister's Cassidy records and became a fan so I sought out a magazine, scanned an image, and made her a poster for her door. 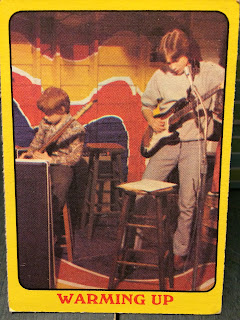