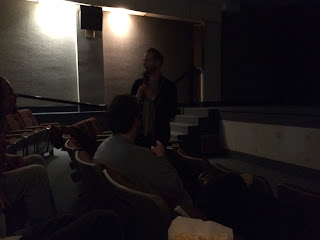 The Cobbler on Talkies at the RPL. The film was a bit of a wreck, shifting around with too many plot points and character inconsistencies (and people doing things that are just way too stupid). Some of it was very predictable, but then there were surprises that were very left field.
Came home and played a game mixing Dr. Who Fluxx cards with Chrononauts. Some rules merged well, others didn't.
Posted by Gerald Saul at 7:58 PM