Painting by day, film by night 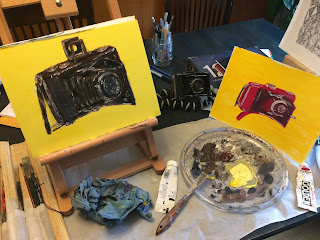 Didn't paint yesterday and felt like avoiding other activities so I repainted two of my first paintings today, the one above and the canonette. I'll be repainting at least the first five of my cameras as these were done with less guidance and I'm rather embarrassed of them. 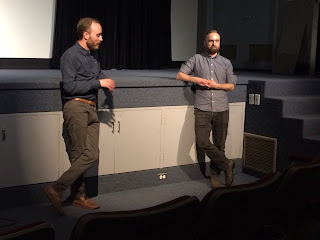 The Independents film screening this week featured 16 and 8mm works by Kyle Whitehead of Calgary including a film performance in which he edited a film loop (super-8) while it was running. Tonal sound was responding to the image using an arduino device.
Posted by Gerald Saul at 10:32 PM