I started off the day light: a quick cappuccino and a biscotti then out the door to meet to discuss avant garde film with Brett at the new Mercury Diner on 13th Ave. It was the perfect place to discuss nostalgia, which was central to out discussion today. The Mercury opened last week and is owned by the same guys that run the Novia. They've fixed it up really nice with red vinyl benches and lots of retro stuff. 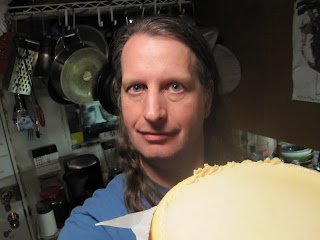 Since I'd worked late last night getting a draft of the curriculum report done (a week ahead of schedule), and had no meetings this afternoon, I blew off the rest of the day. Margaret had to work (owing to her forgetting a shift yesterday) so William and I went to "Clash of the Titans" in 3D. He was amazed at the new glasses style, having not seen a 3D movie since "Shark Boy and Lava Girl" with the two colour glasses. It was fun and not as intense as the previews had led me to believe. 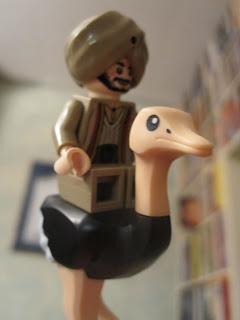 This evening we dropped in to Paul's place and watched the new episode of Dr. Who on our way to going swimming. In the end we decided not to swim (just as well, I have had a leg cramp for the past three hours) and came home where William and Paul played Lego (William got a Prince of Persia Lego set the other day - see above) and I made vanilla gelato. 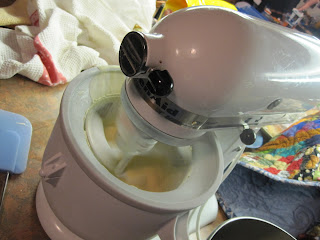 Margaret is home now; we can now eat some of the amaretto cheesecake I made yesterday.
Posted by Gerald Saul at 8:20 PM