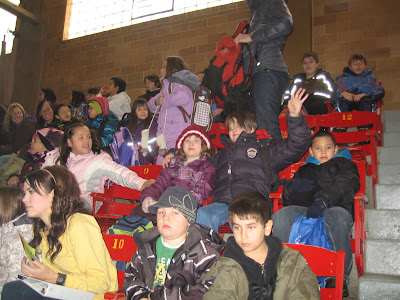 I had an afternoon to start to catch up on things and it almost feels like I see the end of the tunnel. I have read and grades everything that has been handed in to me, I packaged "Memories of Uncle's House" to submit to one festival (although I should probably send it to others), and I even got a nap in. Margaret went with William on his class field trip to Agribition. It was complicated because they were supposed to walk but it was too cold for the school to legally allow them to do that so Margaret also helped shuttle them over three at a time from the school in the car. The weather has shifted and it's already only -6 and it'll be warmer tomorrow.
Posted by Gerald Saul at 9:22 PM