Catching up on tv 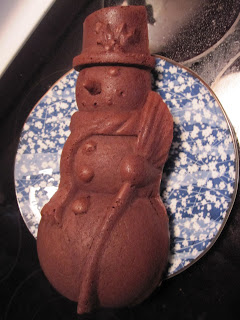 Wow, this is one of those days I feel ashamed to blog. William is still sick so we stayed home while Margaret went to work. We watched some tv, played some computer games (I got rather hooked on "Cargo Bridge") and made some soup. I guess I also made a cake with William's cousin in the new snowman shaped cake pan William was given for Christmas. We watched the cheap "Men In Black II" which was clearly labeled as having a 1.85 aspect ratio but was in fact cropped to 4:3. We also watched the new Christmas episode of Dr. Who and some more of Metropolis.
Posted by Gerald Saul at 11:30 PM