The rule is that you should never plan more than 3 things to do in a day. Well, we planned 4 and somehow survived it. Great active day. 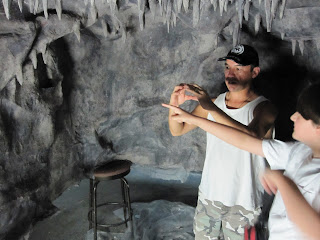 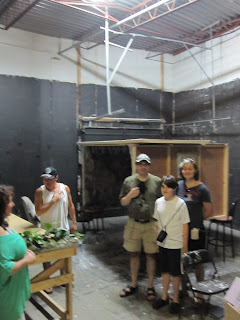 We began with a nice bakery then went to visit Denis and Melanie Jackson and tour the set of the forthcoming production "The Guardians", a science fiction puppet animated tv show. Amazing stuff they are building and planning. 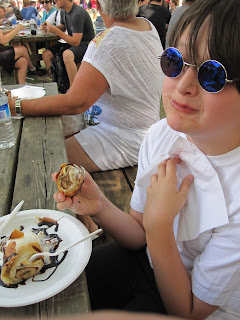 We then had lunch at the Taste of Saskatchewan downtown in the park. I had some Thai food and a cappuccino float. William had bratwurst and fried bananas for desert. 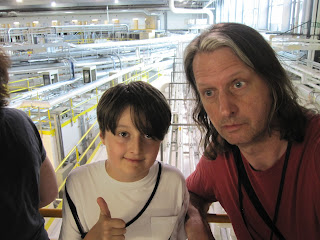 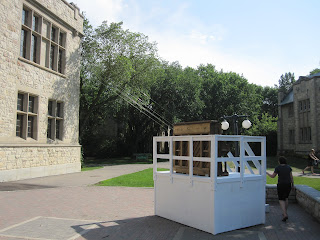 We took a tour of the Synchrotron at the UofS. It is a huge machine, the only one in Canada, which accelerated light inside a huge circle and uses it to do specialized spectrographic and x-ray-like scans of objects. Soon they'll be able to do objects (or living things) the size of a bison. We did an unscheduled stop of the UofS campus to see the summer-long installation of Gordon Monahan's piano. We first saw this during the Grasslands Festival in 2003 or 2004.

After supper (which was not actually supper but just gelato since were were really too hot and tired to eat) we went to "As You Like It" in a steampunk style, opening night at the Shakespeare on the Saskatchewan. Very fun evening with an after-party and good food. Unfortunately, we were not allowed to take photos of the performance and the actors all changed before coming out to the party.This is a photo from the Star Phoenix newspaper: