Pizza with Tom and William performs 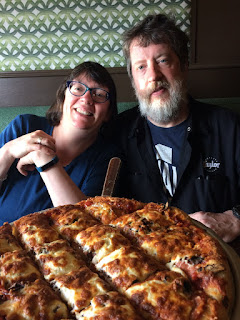 We arrived at Jameson's Pizza shorter after they opened at 11am and had a pizza before June and Tom flew home. I went to work for my two meetings and to catch up on things and found that both my meetings were cancelled and the work I had to do was not that heavy after all. Nice day.
William did a poetic monologue of his own design with a mid-performance costume change. Quite a bit for under two minutes. They teacher called him unpredictable, which he took as a compliment. 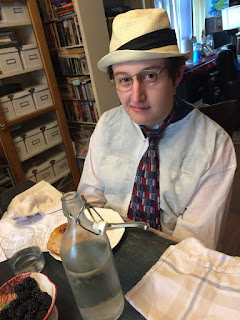