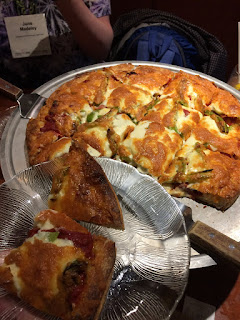 June and I wanted a Western Pizza so naturally we went to the Grant Road location to order one. We were shocked to see that the sign was gone. Poor signage indicated a different pizza place: Jameson's. We were extremely dubious but ventured in anyway. I'd had a Western Pizza on Albert street a couple of months ago and was a bit disappointed. Inside this newly named establishment, we were told that it was under new management (no more Batemans!!!) but the recipes were the same. Again, we had doubts but the place seemed clean and in order and everything smelled right. We got a pepperoni and green pepper with extra sauce. Wow. Wow. Wow. The pizza was so damn good I can barely describe it. The sauce and meat were perfect, just like the old days and of the best quality. The crust was a tiny bit chewier than it used to be, but that was okay - in fact it is even preferred. To top it off, the cheese was browned so perfectly that the entire top surface had a small crispiness that cracked just slightly as my teeth broke through it. The pie was very hot (got that pleasing roof of my mouth burn) and we needed to hold ourselves back from finishing the large between the two of us (needed to take a couple pieces to Margaret). I highly recommend this new Jameson-Tumblers - was the greatest eating experience of the month. 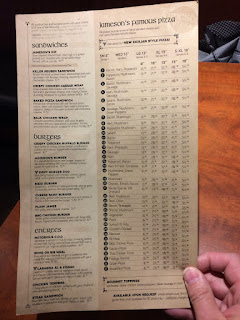