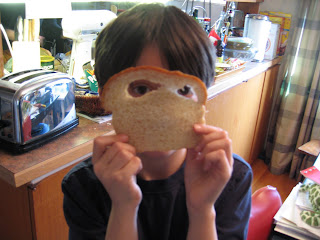 Winter time; it snowed last night, William was overjoyed. He opened his advent calendar this morning (Lindt of course). The countdown is on. Margaret took him tobogganing after school (I had late class so couldn't).
Last night Margaret and I finished season one of Castle, the detective show with Nathan Fillian. It was very addictive but now we can't catch up on season two because it is only on ABC with no Canadian carrier and the ABC website won't allow us to view past episodes from Canada.
Posted by Gerald Saul at 10:45 PM