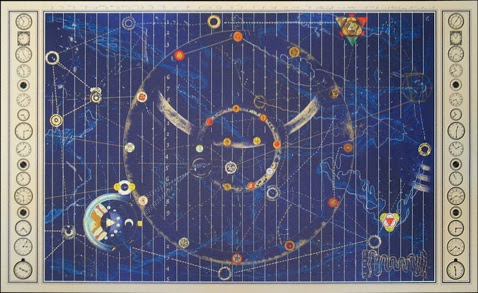 We watched Gilliam's "Time Bandits" this evening. I have the great Criterion copy of it but haven't watched in in years. I tried to start it with William a year or so ago but the opening scene was to tense for him so we stopped it. This time he was totally into it. The few moments that were disquieting or confusing I reminded him that it was Terry Gilliam so he had to expect things to go wrong, and this satisfied him (recall that he has been loving the Gilliam animation from Monty Python for the past few months). We were delighted to find that the castle of ultimate darkness set at the end of the film was made of giant Lego, a detail I'd forgotten.
Posted by Gerald Saul at 9:36 PM