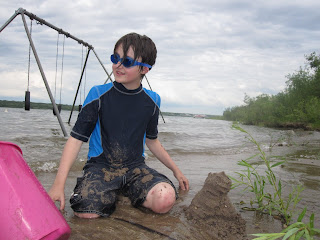 We had a Canada Day full of fun and activities. William was very excited to go out to our friends and neighbours Gerry Ann and Steve's cottage at Regina Beach so that he could build a huge sand castle. He was going to begin with a turret the height of five year old Cowen who was also to be there. We drove out to Regina Beach, saw their parade in which many of the floats throw candy onto the street, then went to Gerry Ann's and connected up with Linda, Sean and the boys and played on the "Beach" and had a bar-be-que. 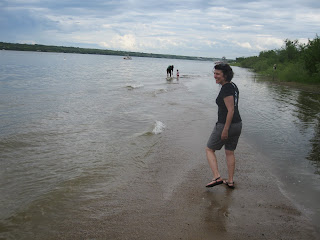 I put beach in quotes because the water levels were so high this year that there was barely any beach there anymore. Steve and I cut some dead wood to build a fire. 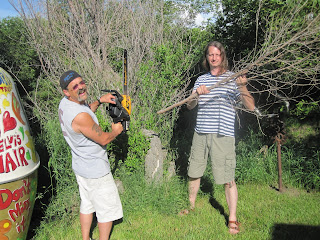 Heard parts of the Rider game on the radio. The overtime fiasco with them almost losing again for having too many players on the field, again, should have cost them the game. They didn't deserve to win after such a stupid goof, again. We drove home in time for the tail end of the fireworks. They were great.