Getting the house in order 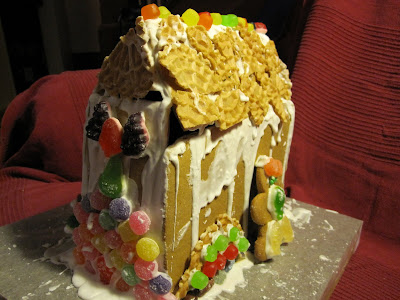 Today I continued working on William's computer. I was stumped by the tiny barely-labeled wired that were to fit onto tiny posts for the USB and I also discovered that I couldn't keep both hard drives so to update that. I went to OTV and was helped out by Craig in service who agreed that these wires were very difficult and that nowadays they are grouped together. He fixed it while I waited and also installed the hard drive. I took it home and it wouldn't boot up. I studied the instructions and concluded that the old power supply wouldn't cut it so I returned to Craig at OTV and he tested everything and finally agreed. He replaced the power supply and I decided that, with almost everything else new, I might as well replace the dvd with a blue ray. In the end, William's computer has a new motherboard, new processor, new memory, new hard drive, new power supply, and new dvd player. The only things old are the firewire card, the second dvd burner (which is was a replacement) and the case itself. Total cost was $400. Paul helped me out this evening moving the Spore files off the old hard drive (which I'd not done correctly) and so William's favorite game can continue. Just in time since we'll be busy tomorrow getting ready to host a small Christmas Eve dinner with both sets of grandparents.
Posted by Gerald Saul at 10:06 PM