Depressed Charlie Brown - Charles Schultz in 1993 - what the heck was going on? 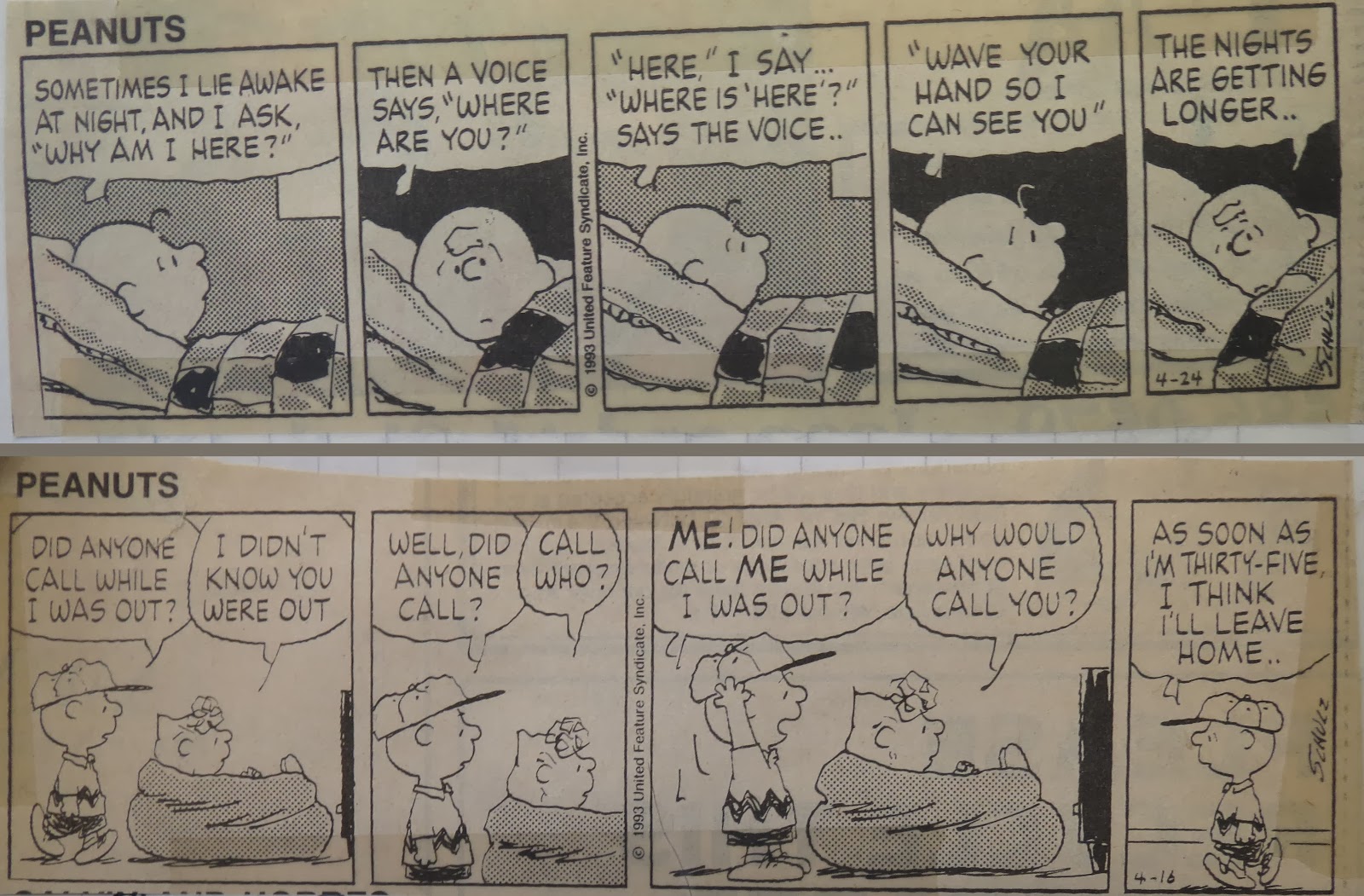 I ran across these two Peanuts cartoons from spring 1993. I wasn't getting the paper myself, so I would read them only occasionally but recall that there had been a larger grouping of very strange, introspective, depressed strips being published. Personally, a week doesn't pass that I don't similarly ponder how "The nights are getting longer". A web search on the year for Peanuts did not come up with these but rather it showed a series where Charlie Brown won the baseball game and was a short lived hero. He is eventually faced with his corresponding player from the other team, struggling to make sense of his own loss. I'm curious what identity issues Charles Schultz might have been thinking about that year?
Posted by Gerald Saul at 9:14 AM