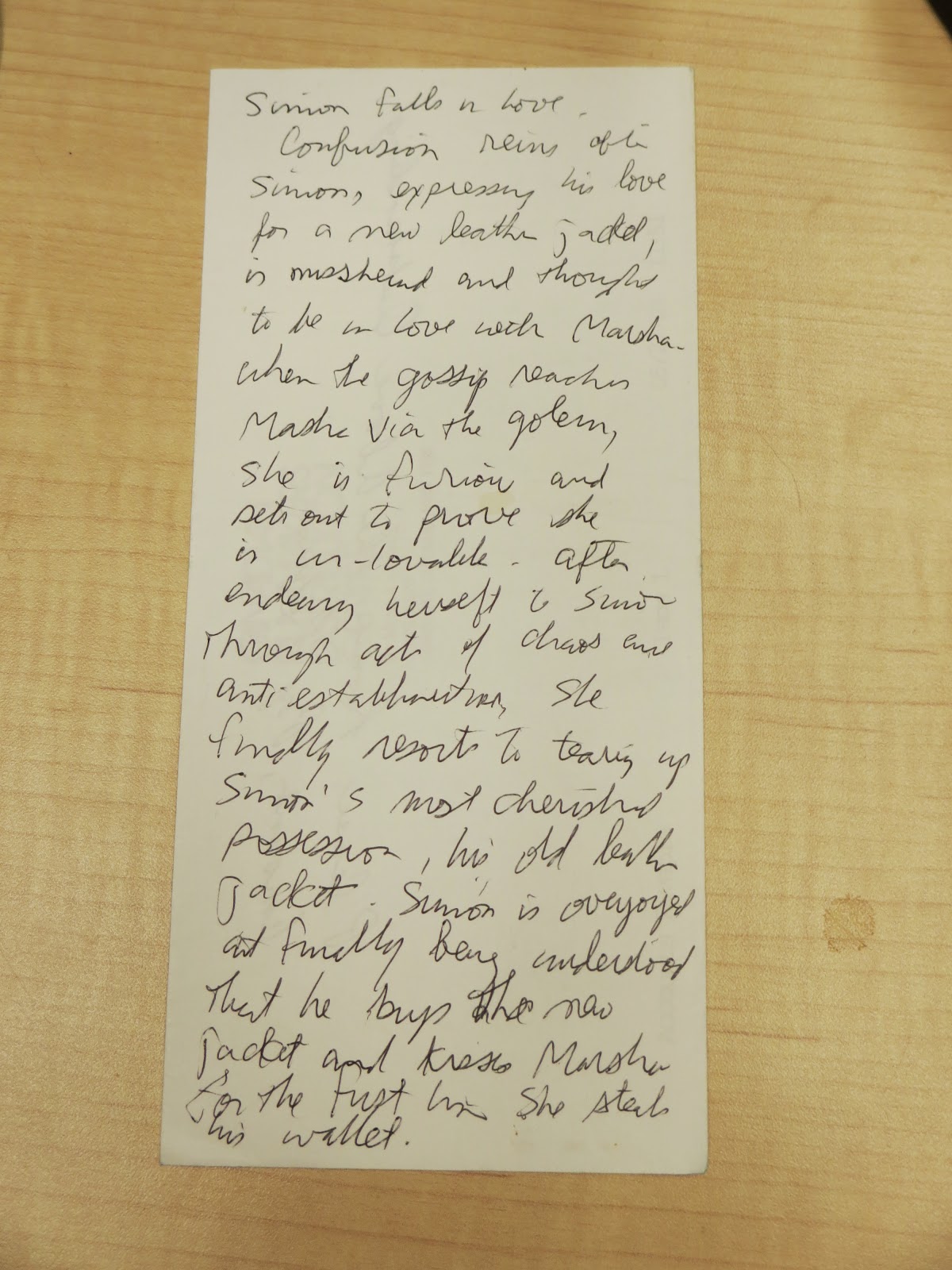 As I continue to attack the increasingly small pockets of clutter in my office, I also continue to find surprising things. I have two ragged sheets of paper, found in two separate places, both of which contain lost descriptions of "Golem of Socks" film spin-off ideas. In 2011, I assembled a series bible for my students in a specialized film production course to write from. In making it, I included 15 story synopsis. However, when I was writing this in the month before the  course began, I could not find the notes I knew I had written, so I simply began from scratch. Therefore, these two sheets of paper are lost "Sock-Vile" episodes. None of this is genius, they were basically just spur of the moment one paragraph ideas for later development, but interesting to me nonetheless. I have them all filed together with the Sockvile project now.
Posted by Gerald Saul at 9:19 AM