Mom and Dad's movers came to take all the big stuff from the house today. I showed up there at 9 am to take apart her computer and tv before heading to work. At the office, I had hoped that more of my students would be developing film (I only had two in the darkroom this week). It did give me time to comb through more old stuff where I found the mini-comic project I gave to my Film 200 students in the first couple of years I was teaching here. One by Lowell Dean caught my eye calle "The Adventures of Satan and Darryl" about him and a friend making a no-budget, improvised, structure-less film on one boring Saturday when he was younger.
Mom's phone is now disconnected at the house but we later found that it was not working at the condo. Unable to reach anyone, Margaret, William, and I drove to the condo to drop off the computer. On Albert Street, I hit some sort of bump and blew out one of the new tires and had to wait for a tow truck. We eventually ate at Five Guys. Once I connected to family, we moved another load of stuff. Rather exhausted. 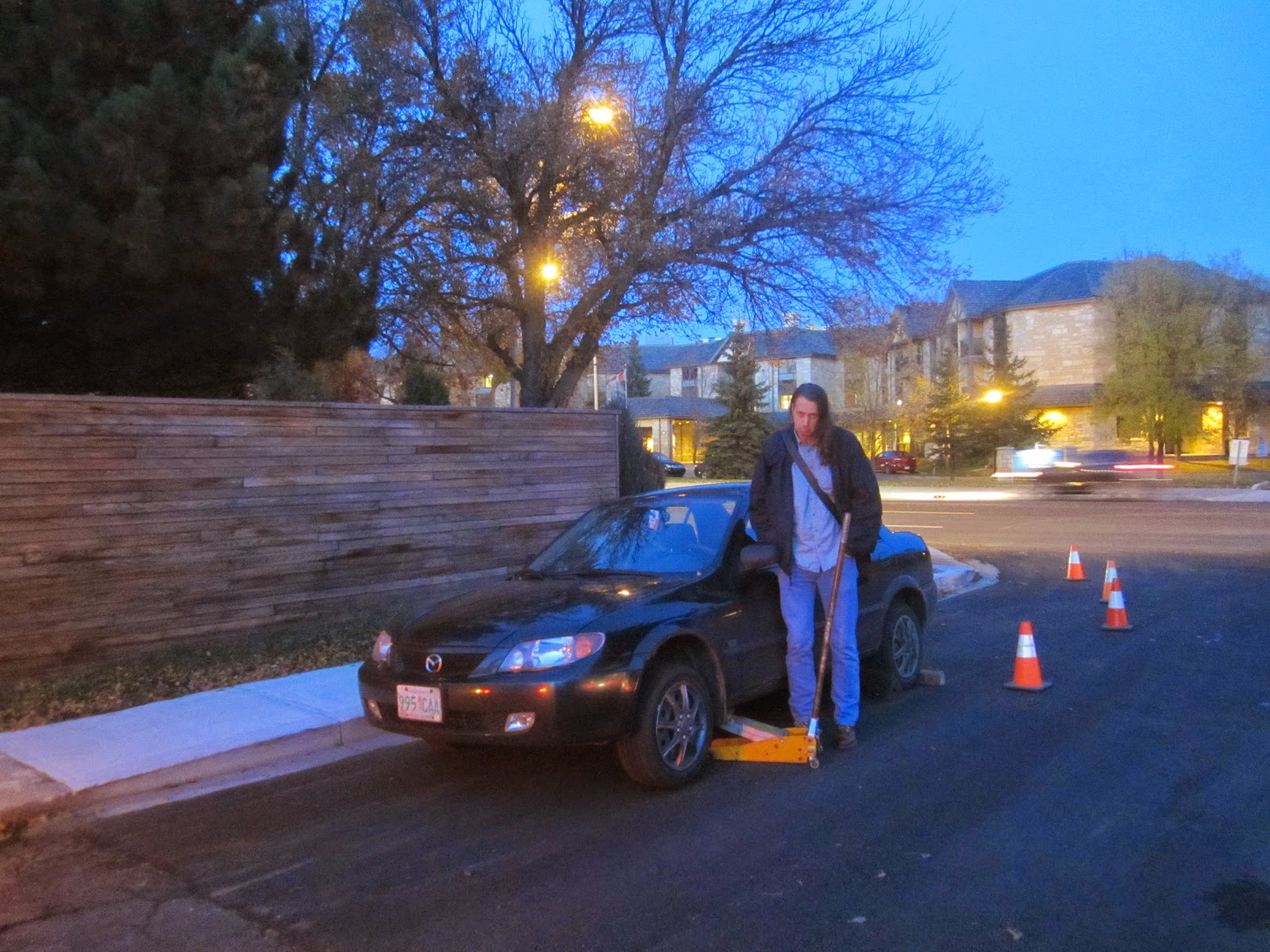