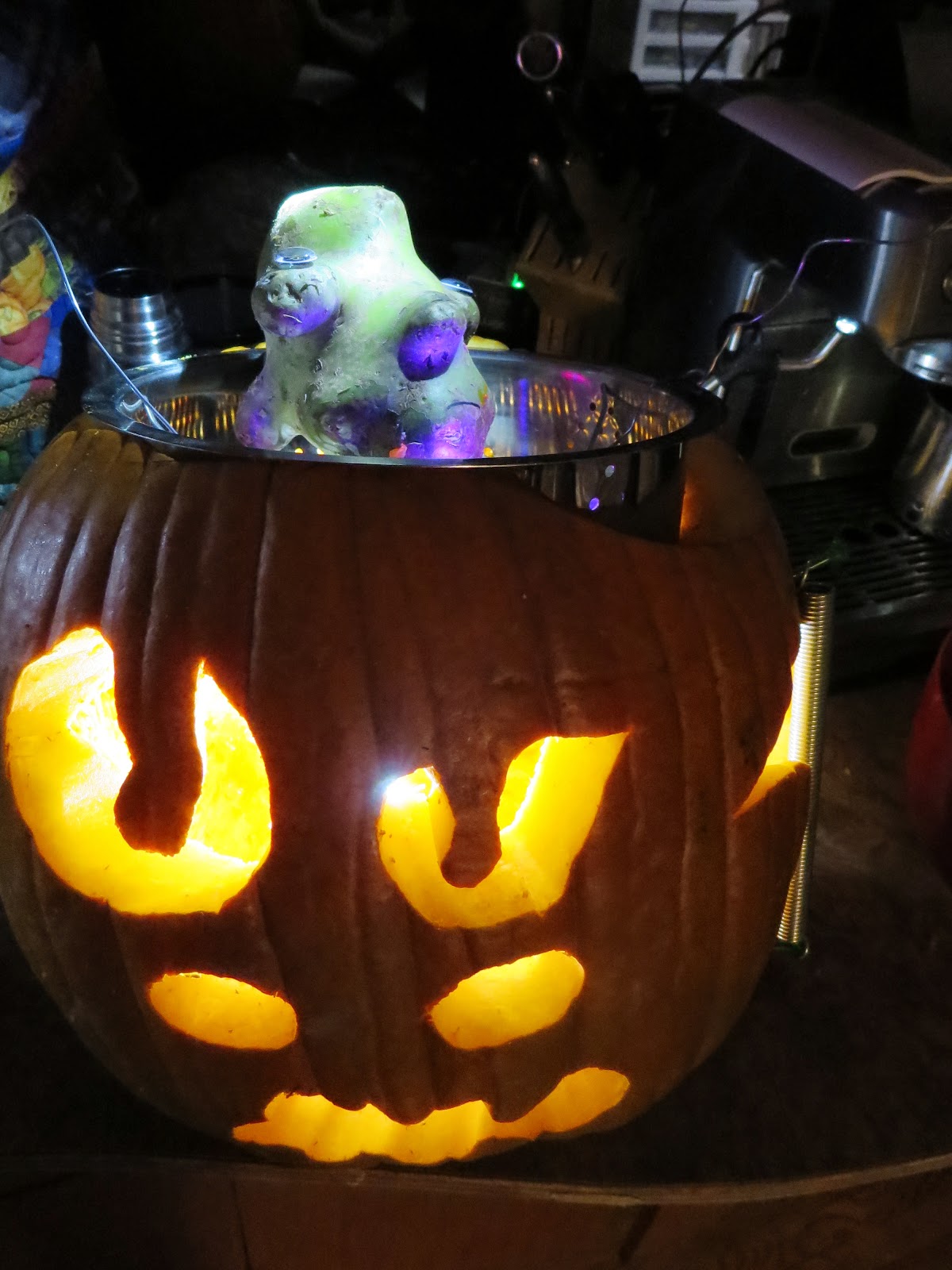 In class today, we returned to the "Red Riding Hood" theme. When I said that we would only do a portion of the story and asked what was the most important aspect, Sandra was first to respond to say that the Granny surviving was the most important. On that, we shaped a film about Granny's insatiable lust as she throws aside the humdrum woodsman for the new wolfish man at the door.

Last night, William finished reading 1984. Over the past three weeks he has also read "Brave New World", "Fahrenheit 451", "Animal Farm", and "Lord of the Flies". Today  he began "A Clockwork Orange", although the density of the slang is troubling him (the film would certainly give him more context, but the recent Simpsons satire is more than enough until he's older). 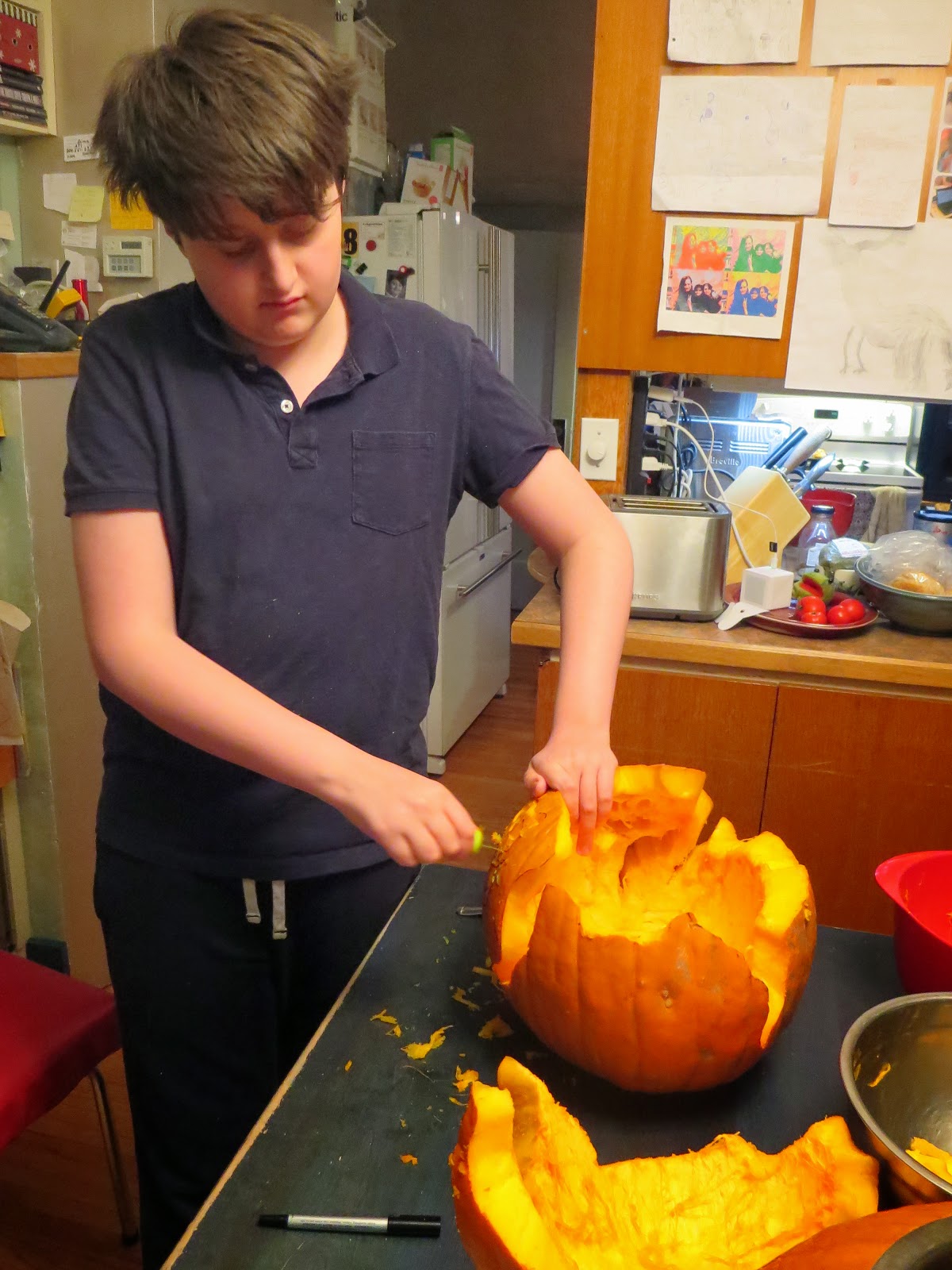 This evening Margaret and William started carving the pumpkins. 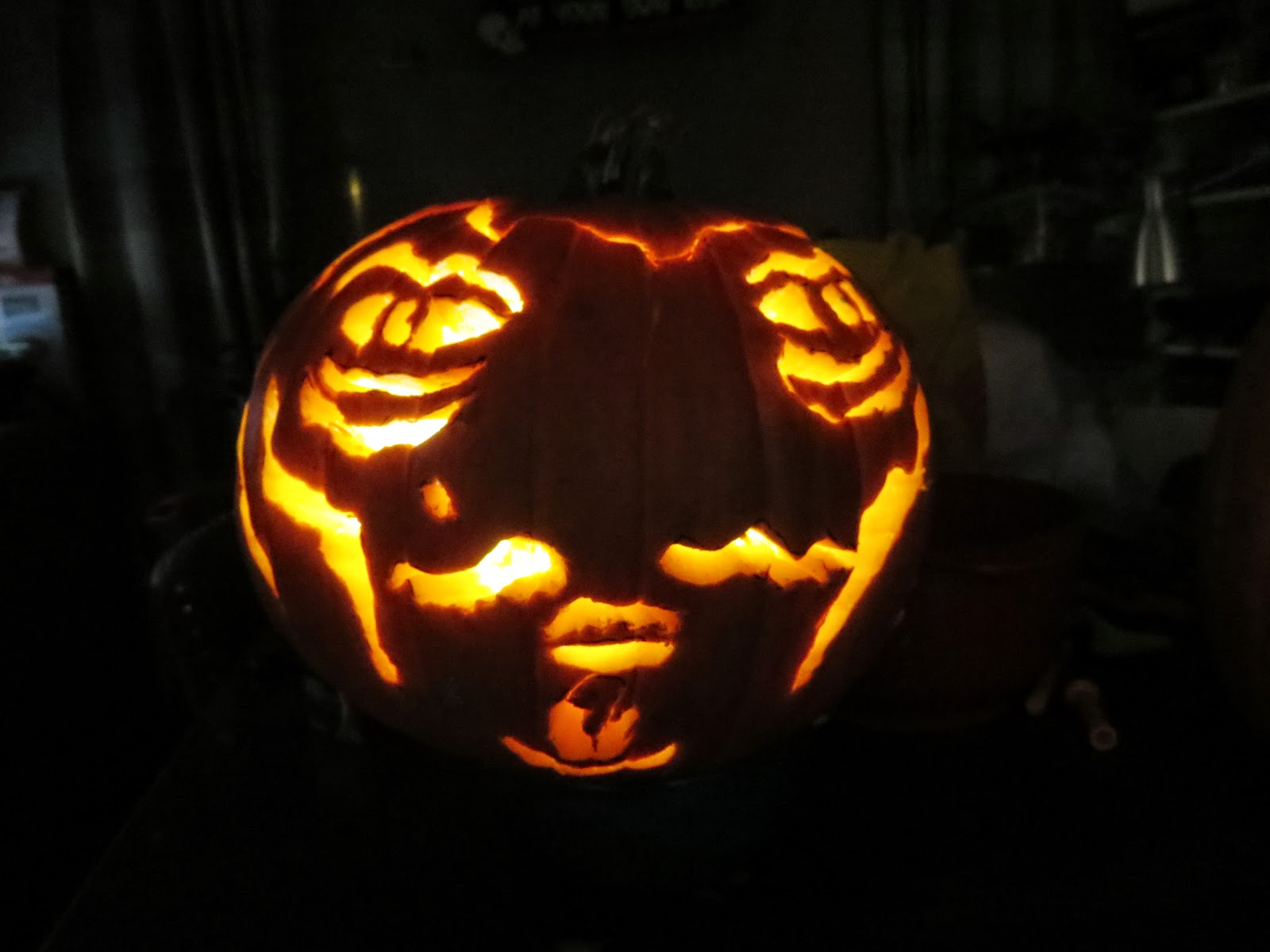