William as patron of the arts

We attended two art openings Thursday night. The first was at Slate which was primarily the work of Kyle Herranen and his very shiny wood collages. From there we went to the Creative City Centre's Hague Gallery which opened "Horrid: Journey into the Dark", an exhibition of drawing of monsters. While I did like a few of them, Margaret pointed out that they were not the sort of things you wanted to face on a daily basis except one tiny painting of a man in a hat. I suggested that the true horror is hidden by that hat, leaving the mosterousness of it up to your imaginations. We wanted to buy it but then William stepped up and declared that he had enough with him to buy it and promptly did so. Here is William with the artist, Joel Hustak. The purchased work is on the wall behind/between them. 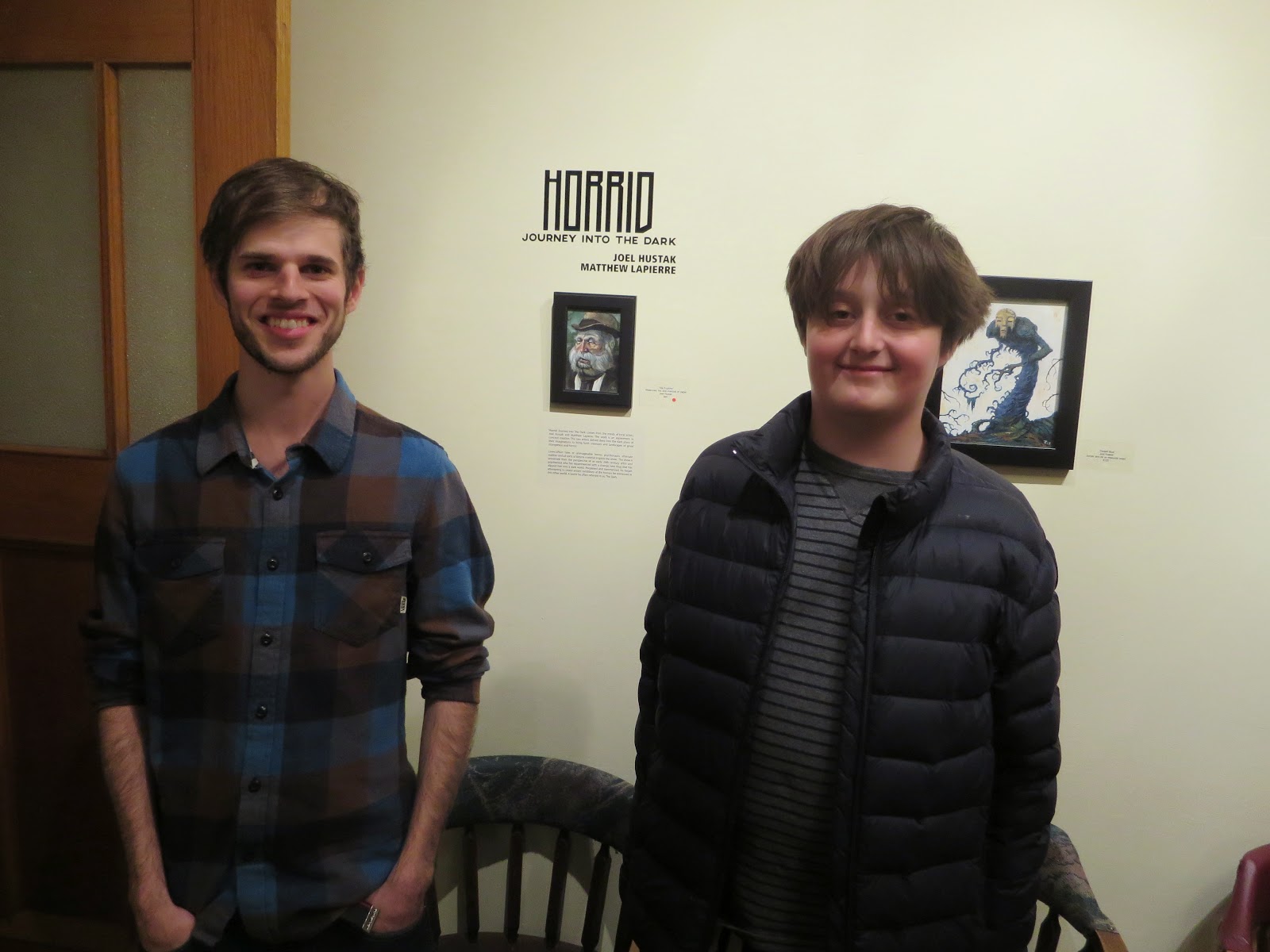